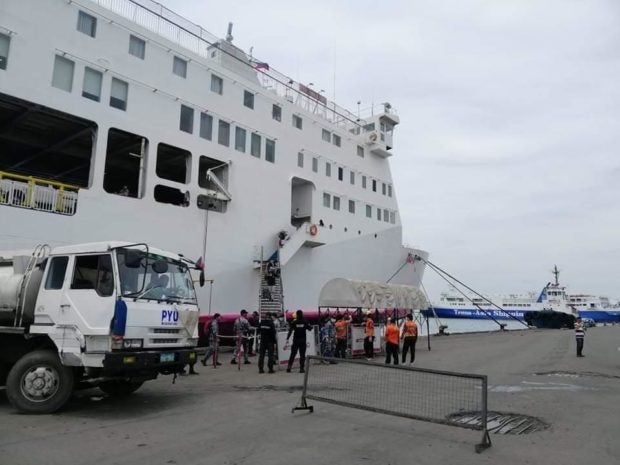 Locally stranded individuals (LSI) have left Cebu as the government lifted the travel ban to and from Cebu City. Courtesy of Cebu Ports Authority

CEBU CITY – One hundred twenty four  locally stranded individuals (LSIs) have left Cebu Saturday evening as the government lifted the travel ban to and from Cebu City, which hs been placed on general community quarantine status as of August 1.

At least 65 of them were bound for Cagayan De Oro City, 23 for Surigao, 17 for Masbate, 16 for Nasipit in Agusan Del Norte, and one each for Dumaguete City in Negros Oriental, Dapitan in Zamboanga, and Tagbilaran City in Bohol.

In a press statement released to the media, the CPA said the LSIs were thoroughly assessed and had complete travel requirements before they were allowed to board the ship.