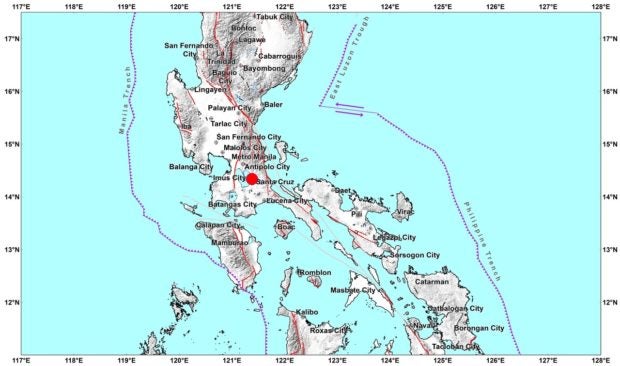 According to Phivolcs, the earthquake occurred at 8:28 p.m. with the epicenter located six kilometers northwest of Santa Cruz.

The temblor, which was of tectonic origin, had a depth of seven kilometers.

No damage and aftershocks may be expected from the quake, it added.