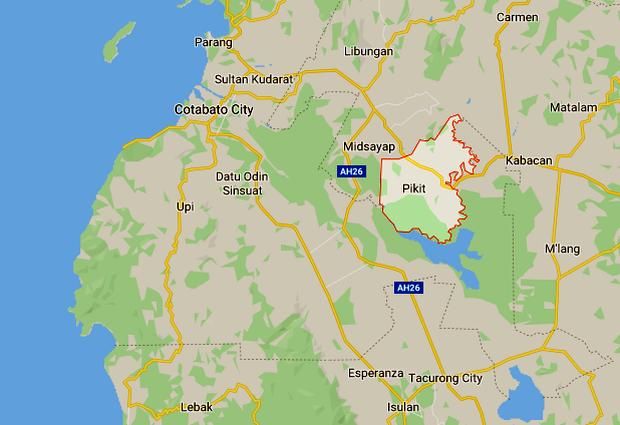 The clash happened in Pikit town in Cotabato province. (Image from Google Maps)

Capulong said troops of the 7th Infantry Battalion, led by Lt. Colonel Niel Roldan, clashed with the group of BIFF bomb makers known only as Daurin Manampan and his brother Katato while on combat operations in Barangay Manaulanan, Pikit town in Cotabato about 6 a.m. Saturday.

He said the soldiers first spotted the armed men in Sitio Blah of Barangay Manaulanan that triggered a brief firefight.

“Some of the gunmen scampered to different directions, leaving behind personal belongings, bullets, mobile phones and bomb-making components,” Roldan said in a report to Capulong.

“No casualty (was reported) on the government side,” Roldan added.