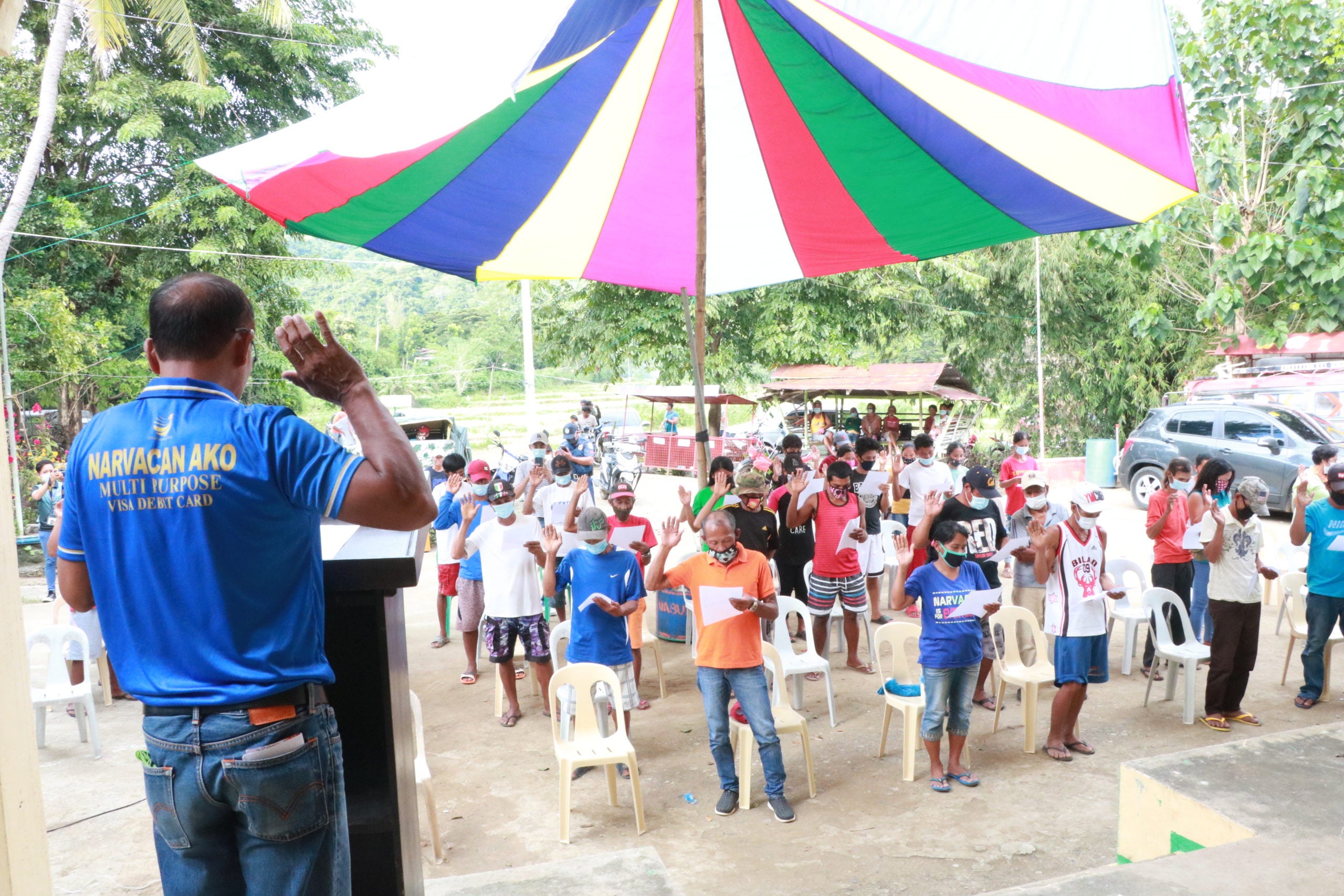 Alleged former supporters of the New People’s Army in Ilocos Sur take their oath of allegiance to the government. (Contributed photo)

Lt. Col. Rodrigo Mariñas Jr., commander of the 81st Infantry Battalion, said the 42 individuals took their oaths of allegiance to the government at the barangay hall of Cadcad on Oct. 15.

The ceremony was officiated by Narvacan Coun. Zalady Clarin, who chairs the committee on peace and order, the Army said.

“It is alarming to know how the NPA exploited and deceived our farmers and women in the countryside and used them to advance their political interest,” Mariñas said.

Noting that 25 other UGMO members had also pledged loyalty to the government in Sta. Maria, Ilocos Sur last month, Mariñas said the NPA has been losing mass-based support that would “eventually lead to the collapse of the group in the province.”

“The implementation of the Army’s program in the communities is crucial as we aim to save more people against the deception and exploitation of the bandits. Aside from that, we are also preventing their criminal activities in the community,” said Brig. Gen.Audrey Pasia, commander of the 702nd Infantry Brigade.