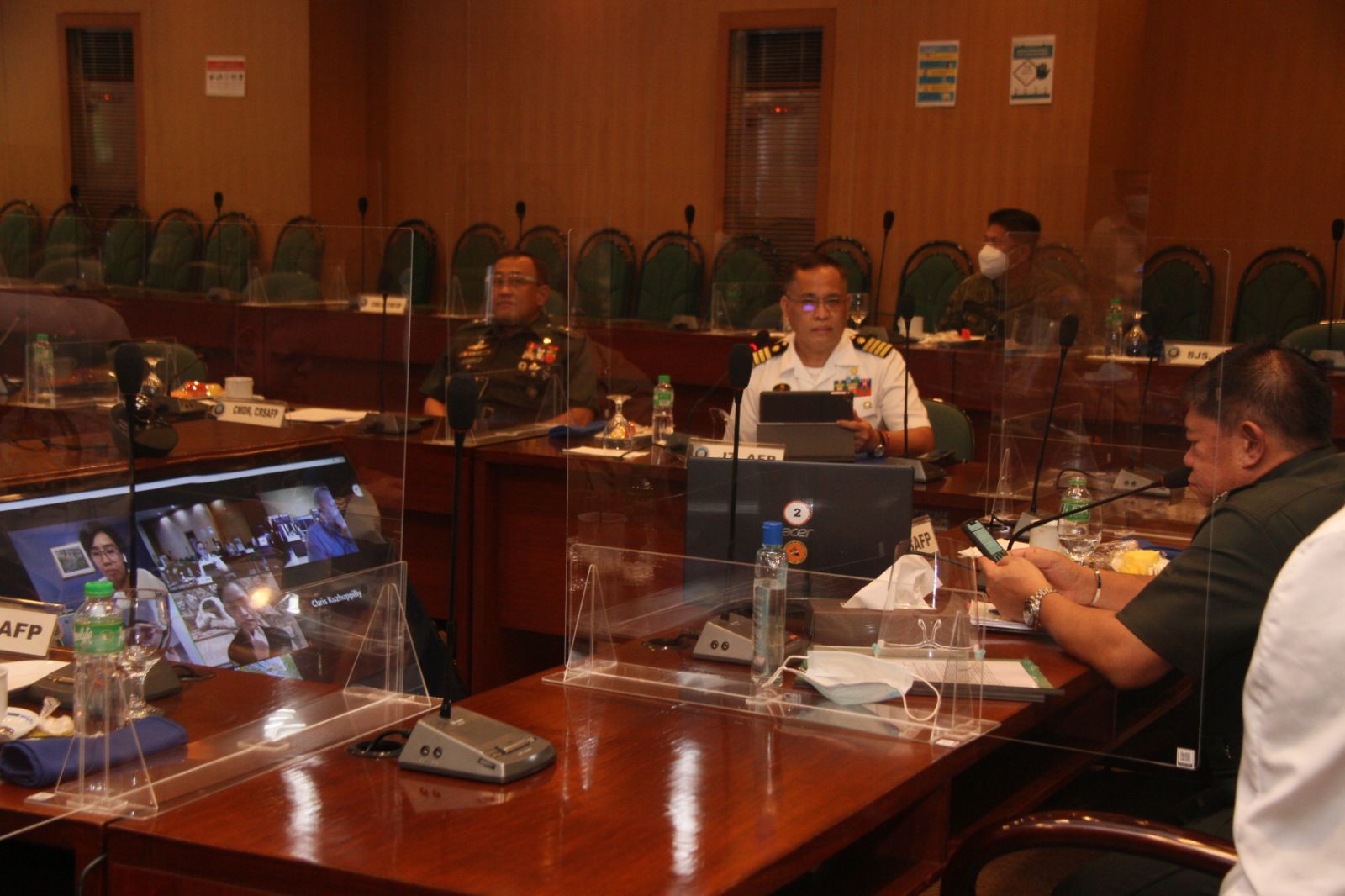 MANILA, Philippines — Armed Forces of the Philippines chief of staff Gen. Gilbert Gapay on Wednesday asked Facebook to bring back the pages of “advocacy groups” taken down for supposed “coordinated inauthentic behavior.”

Facebook head of public policy in the Philippines Clare Amador paid a courtesy call on Gapay, a meeting that had been previously set even before the social media giant took down accounts linked to the military and police for supposedly violating its policies.

“Part of the discussion was FB’s taking down of ‘Hands Off Our Children, which is an advocacy group of parents whose children were missing or had been recruited by the CTG, an advocacy that the AFP shares and advances,” said AFP spokesperson Maj. Gen. Edgard Arevalo.

He said Gapay asked if Facebook can restore the page and other groups with similar advocacies like preventing child exploitation and trafficking of minors and combating terrorism pages or accounts that may have been taken down.

Gapay, in a separate statement, said the grievances of these parents from Hands off Our Children are legitimate and their Facebook page was instrumental to their campaign to raise awareness.

‘We hope that, as we look on to a new partnership with Facebook Philippines, that similar legitimate advocacies will be respected, if not uplifted, to prevent the spread of violent extremism and protect every Filipino child from the communist terror group,” he said.

Arevalo said the meeting with Facebook officials was “an opportunity for the AFP to learn how it can work closely with this most popular social media platform.”

The social media giant discussed its policy governing removal of accounts and pages focusing on the ‘behavior’ and not the ‘content’ of the post, he said.

Gapay urged Amador and her team to look into the process in removing accounts and give them “due regard” to the causes espoused by account owners “to remove doubts of FB being partisan.”

Facebook earlier said it took down dozens of accounts, pages, and Instagram accounts linked to the military and police for “coordinated inauthentic behavior.”

The network of accounts and pages, which focused on domestic audiences, posted about local news and domestic politics, the anti-terrorism bill, criticism of communism, activists, and the opposition.