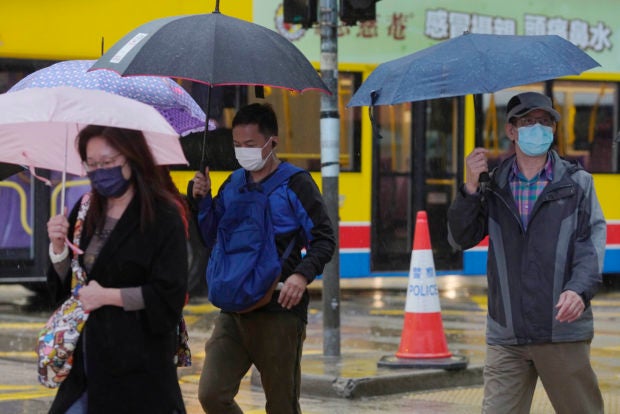 BEIJING — China on Thursday replaced the head of its Cabinet office responsible for Hong Kong following months of anti-government protests in the territory and rising tensions over the outbreak of the viral COVID-19 respiratory illness.

A brief notice on the central government’s website said Xia Baolong would take over from Zhang Xiaoming as Beijing’s chief representative in the semi-autonomous Chinese city. Months of unrest there have tested China’s commitment to a “one country, two systems” framework for governing the former British colony.

No reason was given in the notice, which said Zhang was being transferred to a separate administrative post within the office for Hong Kong and Macao affairs. Luo Huining and Fu Ziying were named as Xia’s deputies.

Zhang had maintained Beijing’s hard line against the anti-government protests that began in June over proposed legislation that could have seen Hong Kongers and others deported to China to face possible torture and unfair trials within its opaque legal system. The Hong Kong government later junked the bill but refused to give in to other protest demands.

The demonstrations have grown smaller and more infrequent since major opposition gains in district council elections in November.

Xia is a former Communist Party secretary – the top local official – of the prosperous eastern province of Zhejiang, where president and Communist Party leader Xi Jinping spent many years as a top official.

Speculation has also swirled that Beijing may be preparing to replace Hong Kong Chief Executive Carrie Lam when matters settle down.

Lam has been criticized from many sides for showing weak leadership through the crisis, although many in the opposition say her replacement would likely be just as much or more likely to follow Beijing’s dictates in restraining demands for greater democracy, such as universal suffrage for the leadership and legislature.