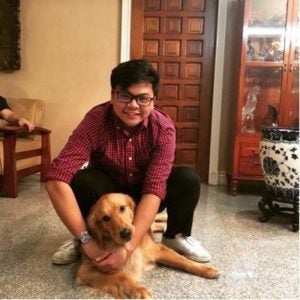 MANILA, Philippines — A Manila court has denied the petition for bail of the 10 Aegis Juris fratmen accused in the 2017 hazing and death of University of Santo Tomas law freshman Horacio “Atio” Castillo.

Manila Regional Trial Court Branch 20 Judge Marivic Balisi-Umali junked the petition after the court found that “the evidence of guilt” of each of the accused was “strong.”

Eyewitness Mark Ventura, who served as the fraternity’s master initiator from December 2016 to August 2017, identified Aegis Juris members who were present during the final rites at the fraternity library on Sept. 17, 2017.

“Blows were delivered on the arms of Horacio until they hardened and turned purple, while he was singing the Aegean hymn; this took three rounds,” Ventura recounted in the ruling. Castillo also received five blows with a paddle, after which he collapsed face down.

When Soriano failed to revive Castillo, he brought the neophyte to a hospital where he claimed he had found Castillo’s body on a sidewalk in Balut, Tondo. He was convicted of obstruction of justice in June 2019 by a Manila court. The accused’s argument that the victim died of cardiac arrest due to a preexisting heart condition did not convince the court.

“The court finds that the legal and proximate cause of the victim’s death was the physical injuries or physical suffering inflicted (on) him by his prospective brods,” the ruling said.

Castillo’s family welcomed the ruling, with his mother Carmina saying that the accused were “an embarrassment to the profession.”