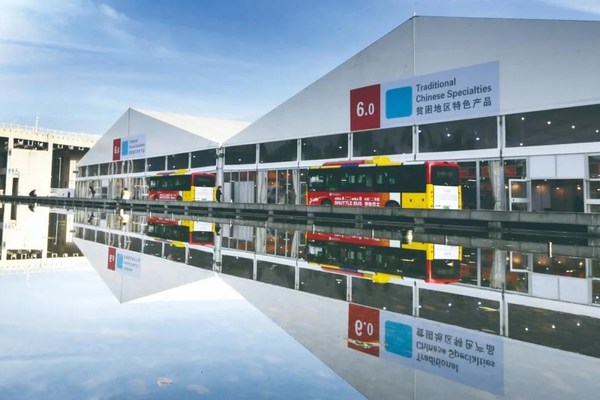 GUANGZHOU, China, Oct. 17, 2020 /PRNewswire/ — As China marks its National Poverty Relief Day and United Nation’s International Day for the Eradication of Poverty on October 17, the 128th China Import and Export Fair (Canton Fair) continues to help companies from less-developed regions reach out to the international market.

Xu Bing, Spokesperson of the Canton Fair and Deputy Director General of China Foreign Trade Centre, said the Fair is making great efforts to help companies expand into the international market. With multiple measures applied since 2017, 892 companies have joined a featured exhibition section-Traditional Chinese Specialties, and 3596 participants from 832 less-developed counties have saved up to 86.69 million RMB to enter the fair.

Register at https://fbuyer.cantonfair.org.cn/en/account/new-buyer/register
for more opportunities!

China has long been dedicated to eradicating poverty and has lifted around 850 million people out of poverty. The Canton Fair echoes such endeavor and has provided more than 5000 booths for rural companies over the past three-years with an innovative barrier-free mode.

As the Canton Fair goes online this year, companies from less-developed areas are embracing cost-free participation to the country’s largest trade show. The fair is also hosting a series of business-matching events in order to present their specialties to buyers around the world.

With more visitors attending the Traditional Chinese Specialties section at the fair, Su Xiao, a sales manager from Linxia Xuehe Company in Gansu province, southwestern China, which produces products for ethnic groups, had previously never had a chance to directly connect with the international market, and has embraced opportunities for his business.

Due to the lack of information and resources in his hometown which is located deep in the less-developed area, attending the Canton Fair in 2018 has brought life-changing experience to him and his company.

With a booth at the featured Traditional Chinese Specialties section at the Fair, the company has made headways into the African market after receiving orders from Somalia, and has changed Su’s vision of doing international trade.

“I have discovered the huge market potential in Africa for our products after expanding my business at the Canton Fair,” Su said, “It is now no more difficult for us to reach the international market.”

Working with the Canton Fair has enabled Su’s company to locate local agents, as well as supportive service providers. Providing quality products to his clients, Su’s business now covers a wide range of international markets including Kenya and Tanzania.

The expansion of Su’s business through the Canton Fair has also helped him create jobs for more than 200 local residents, including ten who have been lifted out of poverty, with a monthly income of over two thousand RMB.

“The fair brings us great commercial opportunities and helps boost our business, and that plays a role in fighting poverty and striving for a well-off life,” Su said.