Dengue epidemic in 15 regions above threshold: ‘It is worrisome,’ says DOH

Dengue epidemic in 15 regions above threshold: ‘It is worrisome,’ says DOH 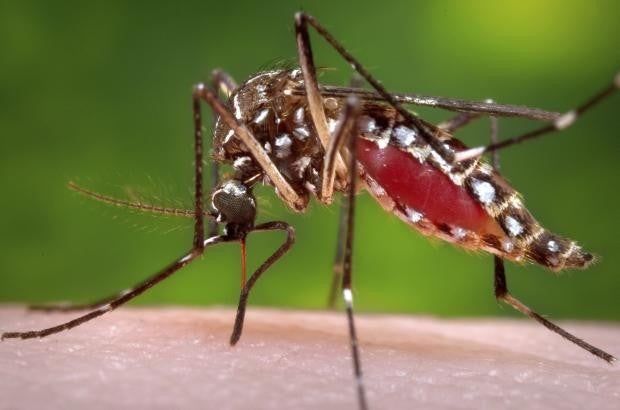 This 2006 file photo provided by the Centers for Disease Control and Prevention shows a female Aedes aegypti mosquito in the process of acquiring a blood meal from a human host.  INQUIRER FILES

MANILA, Philippines  — Fifteen out of 17 regions in the country have already surpassed the epidemic threshold for dengue, the Department of Health (DOH) said Tuesday.

Health Undersecretary Maria Rosario Vergeire explained in a media briefing that this means that the number of dengue cases recorded in the 15 regions breached the expected number of infections based on past trends or figures in the previous years during the same time period.

“It is worrisome kasi nakikita na sabay-sabay ang mga rehiyon na nagtataas ng kaso. It is worrisome because on top of COVID-19, we are looking at dengue cases also increasing,” said Vergeire.

The DOH said dengue cases in the Ilocos region have yet to reach the threshold while Caraga had already surpassed it in April but only returned below the limit.

Vergeire likewise said during the briefing that dengue mostly affects children 15 years old and below.

When asked whether the DOH is open to lifting the suspension of the anti-dengue vaccine Dengvaxia, Vergeire recalled that its certificate of product of registration had already been permanently revoked due to a lack of evidence on its effectiveness.

“So for us to be able to bring back this kind of vaccine kailangan completed na po ang evidence natin at marami po tayong proseso na kailangan isagawa para magawa natin ito,” she said.

(So for us to be able to bring back this kind of vaccine, evidence needs to be completed and we have many processes that need to be done for us to do this.)

(Our government, together with the health department, is always open to new technology, especially if the evidence shows that it can really protect our population.)

Vergeire then encouraged the public to help prevent the transmission of dengue by making sure their surroundings are clean and that mosquitoes carrying the disease would not be able to establish a nest near their homes.