Organised by the Hong Kong Design Centre (HKDC) with Create Hong Kong (CreateHK) of the Hong Kong Special Administrative Region Government as the lead sponsor, the DFA Awards aims to reinforcing the importance of designers within society. The awards also celebrates design leadership as well as exemplary designs and projects with Asia perspectives towards the globe, and since 2005 it has recognised the rising force of emerging Hong Kong designers.

Commenting on this year’s awards, Professor Eric C. Yim, JP, Chairman of the HKDC, said, “This year, we have found ourselves in a world facing global challenges that demand a unified global response. We at the Hong Kong Design Centre believe that design can provide a way of helping the world to navigate through the storms and better adapt to the new normal. This year’s awardees are all influencers in the design community. They have innovated to create humane designs that are able to solve problems, enhance our lives, connect our communities and sustain our cultures.”

In awarding the DFA Awards’ highest and most prestigious design honours for the year, the judging panel recognised the extraordinary contributions to the design community of three design trendsetters: 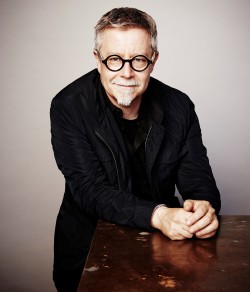 The DFA LAA signifies the high respect of the design community for individuals who have made life-long contributions to the field. Tim Brown championed a design led, human-centered approach and has helped to shape the face of contemporary design, creating a legacy that is acclaimed by design professionals across the world.

Tim BROWN is the Executive Chair of IDEO, an international innovation and design firm. He holds honorary doctorates from The Royal College of Art (London), Keio University (Tokyo), Claremont McKenna Graduate University (Los Angeles), and ArtCenter College of Design (Los Angeles). With a background in industrial design, he has won numerous design awards and had his works showcased at various galleries and museums internationally.

“Design thinking”, Brown’s design philosophy, is a human-centered approach to design innovation that integrates the needs of people, the possibilities of technology, and the requirements for business success. Brown has accomplished remarkable achievements throughout his career. Being design thinkers, he is the author of the book “Change by Design: How Design Thinking Transforms Organizations and Inspires Innovation” which was published in 2009. He launched OPENIDEO, a collaborative platform for design success and IDEO U, an online school for creative success in 2010 and 2015 respectively. Brown is also involved in a variety of roles, including advising senior executives and boards of global Fortune 100 companies, writing for the Harvard Business Review, The Economist, and other prominent publications. Currently, he is one of LinkedIn’s original top 150 Influencers and continues to impart his insights on the value of design thinking to business leaders and designers around the world. 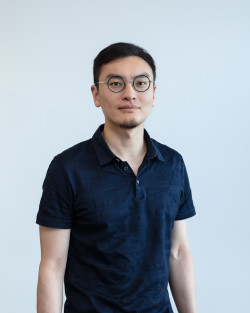 The DFA DLA recognises global business leaders who use strategic and innovative design to create successful and sustainable businesses. This year’s recipient is Frank Wang, founder of DJI, a world-leading manufacturer of civilian drone. He has successfully demonstrated the important relationship between strong corporate leadership and design excellence in his business.

Frank WANG, known as the “Lord of the Drones”, founded DA-Jiang Innovations (DJI) in 2006. DJI is a Shenzhen-based technology company and a world-leading manufacturer of civilian drone. Wang graduated from the Hong Kong University of Science & Technology with both Bachelor’s and Master’s degrees. He built the first drone prototype in his dorm room. Continuing his innovations, Wang went on to set up an office in Shenzhen. At the start of the last decade, with an increasing demand for the replacement of single-rotor designs by four-propeller quadcopters, Wang led his team in designing more advanced flight controllers with autopilot functions, By later 2012, Wang finally came up with a successful design for the first ready-to-fly, preassembled quadcopter. Following its launch in 2013, the model quickly became a market hit and the company’s best-selling product for its simplicity and ease-of-use, leading to the first of many business successes for Wang and DJI.

Wang leads his company, which is considered a “unicorn” company in China, in a commitment to a culture of constant research & development, innovation and curiosity. He looks to transform complex technology into easy-to-use devices for everyone. Besides drones, DJI also design and manufacture camera gimbals, flight platforms, cameras, propulsion systems, camera stabilizers, and flight control systems.

Wang was a co-recipient of the prestigious 2019 IEEE Robotics and Automation Technical Field Award. 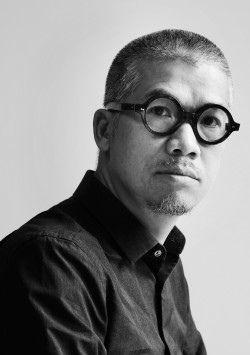 The DFA WOCD honours Chinese designers who have made outstanding design achievements and won international recognition for their work. The winner, Stanley Wong, is responsible for creating numerous impressive communication designs drawing on Hong Kong culture, and is devoted to promoting design through educational, institutional and social involvement. Having joined the prestigious Alliance Graphique Internationale (AGI) since 2004, he is a well-respected member of the international graphic design community and undoubtedly an important role model for young designers in Hong Kong and overseas alike.

Stanley WONG, better known as anothermountainman, is a homegrown visual communicator in Hong Kong. His art works always convey a sense of Hong Kong’s culture. Wong graduated from the Hong Kong Technical Teachers’ College (now The Education University of Hong Kong) in 1980, majoring in design and technology. Wong worked as a graphic designer for five years before beginning a rewarding advertising career. In 1996, he became the first Chinese person to take up the position of Asia regional creative director at Bartle Bogle Hegarty (Asia Pacific). After returning to Hong Kong, he eventually set up Threetwoone Film Production Limited with a partner and established 84000 Communications in 2002 and 2007 respectively.

Wong was inducted as a member of Alliance Graphique Internationale (AGI) in 2004 and was honoured to sit on the AGI international executive committee for four years from 2007. In 2005, he caught the world’s attention at the 51st Venice Biennale, where he represented Hong Kong and presented his ‘redwhiteblue’ series. Since 2000, Wong has been an active contributor to creative education, conducting numerous talks and workshops in various local and overseas institutes. Throughout his career, Wong has won over 600 awards in graphic design, advertising and fine art at home and abroad, including D&AD yellow pencil, Tokyo TDC award / TDC Prize, and 2 One Show gold awards. In 2012, he won awards at both the Hong Kong Contemporary Art Awards and the Hong Kong Arts Development Awards 2011, where he took the Award for Best Artist (Visual Arts).

Wong’s all-rounded artistic and creative prowess makes him a unique presence in the world of designers. Effortlessly juggling between his passions for graphic design, advertising works, photography works and so on, his artistic talents are extremely versatile. Within him there is also a strong sense of responsibility that pushes him to seek meaning in his work and advocate for a balance between commercialism and social development.

(Please refer to Appendix 1 for detailed biographies of the winners.)

Recognition of exceptional designs: DFA Design for Asia Awards
Being a part of the flagship programme of the HKDC, the DFA Design for Asia Awards continues to acknowledge outstanding design projects that embody Asian aesthetics and culture, and that have inspired wider Asian design trends. This year, DFA DFAA received more than 1,000 entries from 20 economies by open entry. A total of 197 awardees were recognised, including 12 Grand Awards, 8 Grand Award with Special Mention and 177 category awards. These awards covered projects and practitioners from 23 categories in four major design disciplines: Apparel & Accessory Design, Communication Design, Environmental Design, and Product & Industrial Design. (Please refer to Appendix 2 for the complete list of winners.) 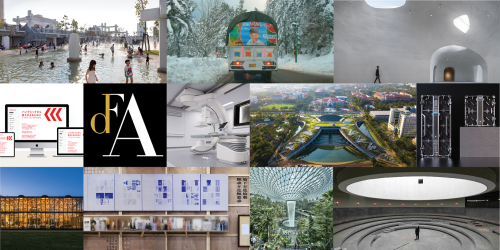 2020 is a year full of trials and the world is ready for some changes. In response to the unusual circumstances this year, innovative ideas have emerged for rebuilding people’s relationship with the natural world, connecting the community, and fostering cultural sustainability. Some of the awarded projects promote the reconnection with nature through communication and environmental designs. Some stay on track with design thinking, providing designs and solutions for social problems, medical needs, industrial needs and more. Some praise the uniqueness of cultures and try to remind people the importance of cultural conservation through cross-media presentations. This year’s awardees come from professional designing firms all around the world with projects in Asia. Japan was the biggest winner by economy, taking away 61 awards, followed by Mainland China and Hong Kong with 48 and 21 awards respectively. Other winning company locations included Denmark, Korea, Lithuania, Singapore, Taiwan, Thailand, the Netherlands, the United Arab Emirates and more.

Since 2005, the DFA Hong Kong Young Design Talent Award has nurtured the development of emerging Hong Kong designers by providing them with valuable opportunities to gain overseas experience. The 16 awardees for 2020 are all Hong Kong design practitioners or graduates of 35 years old or under who have made refreshing contributions to Hong Kong’s creative industries across a range of disciplines. The awarded apparel and accessory designers are the emerging new players on the global stage who bring in insights from overseas to Hong Kong’s fashion industry. Communication designers create works with in-depth exploration on typography, visual identity, graphic designs, and also new design concepts such as story design, that have contributed to the society and the commercial world. Environmental designers have clear visions on achieving environmental sustainability, engaging social involvement on architectural projects, sustaining traditional cultures and values through innovative design ideas. 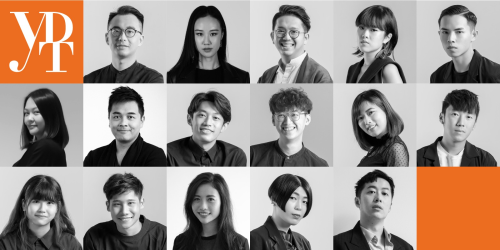 This year, 13 of them will receive a financial sponsorship amount up to HK$5,000,000 in total to undertake 6 to 12-month work experiences or 6 to 18-month study experiences abroad. Sponsored by CreateHK, the Hong Kong Design Institute and the School of Design of the Hong Kong Polytechnic University, these young designers will have the opportunity to gain unique experience at world-renowned design firms or institutions. Over the years, the DFA HKYDTA has provided sponsorships to over 100 young talents, helping them to gain insights into the global design industry and return to Hong Kong as experienced design leaders for the city’s creative businesses. (Please refer to Appendix 3 for the list of winners.)