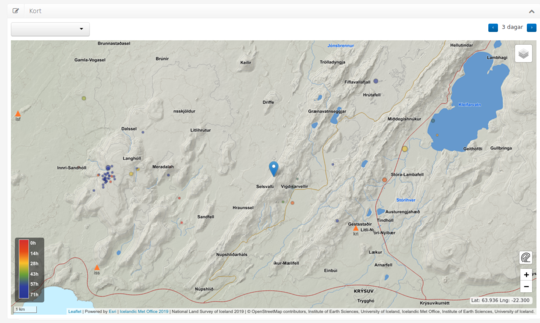 REYKJAVIK — The Icelandic capital Reykjavik was shaken on Tuesday by a magnitude 5.6 earthquake, forcing parliament to briefly pause its session, but inflicting no harm or injuries.

The tremor lasted several seconds, with the impact being felt across the north Atlantic island nation.

MPs in the Reykjavik parliament building froze during the quake, television images showed, and they stopped work for around 15 minutes.

Buildings shook in the capital and a loud throbbing sound could be heard, an AFP correspondent said.

Iceland’s meteorological institute said the epicenter of the quake lay about 20 kilometers outside the capital near the Seltun geothermal area.

The region has been hit by several tremors since January.

“There were no reports of injuries or damage” from the earthquake, Iceland’s civil protection agency said in a statement, but added that inspections will be carried out to make sure.