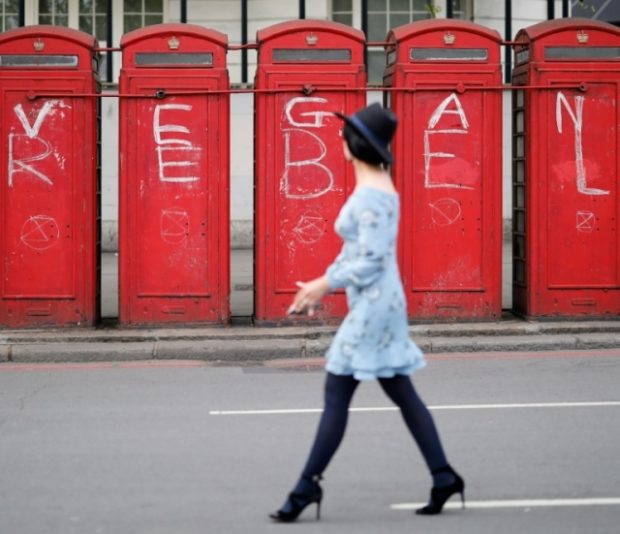 A British judge ruled Friday that ethical veganism is a philosophical belief and is protected under anti-discrimination laws.

The ruling came as part of an employment tribunal being heard in Norwich, eastern England, between Jordi Casamitjana and his former employers the League Against Cruel Sports, a group that campaigns against blood sports such as recreational hunting.

The decision “will influence the life of many vegans”, said Casamitjana, who declined to discuss the rest of the ongoing case for legal reasons.

Judge Robin Postle determined that ethical veganism meets the tests required to be a philosophical belief and is therefore protected under the Equality Act 2010.

Ethical vegans follow a vegan diet but also exclude animal-derived products such as wool and leather from their daily lives.

They also try to abstain from using items such as cosmetics that underwent animal testing.

Spanish-born Casamitjana, 55, says he was fired from an animal welfare charity for raising concerns about its pension fund’s alleged investment in companies that use animal testing.

He claims he was unfairly disciplined for making this disclosure and that his dismissal by the League Against Cruel Sports was due to his vegan beliefs.

The league says he was dismissed for gross misconduct.

Following Friday’s decision, the tribunal will go on to determine whether the League Against Cruel Sports treated Casamitjana less favorably due to his belief in ethical veganism.

“I was successful because of the weight of the evidence. It’s so obvious that veganism is a philosophical belief,” said Casamitjana.

He said the judge’s decision would help promote veganism.

“Vegans that might be afraid about talking about their belief, that might be feeling that they are not welcome, they will feel empowered now,” he told reporters.

“They will be more expressive in manifesting that veganism.

“That expression will create more vegans and more vegans will help more animals, the environment, health. It will be a domino effect.”

Britain’s 2010 Equality Act says a “philosophical belief” must be genuine “and not an opinion or viewpoint based on the present state of information available”.

To be protected under the act, a belief must meet certain tests, including being worthy of respect in a democratic society, not being incompatible with human dignity and not conflicting with the fundamental rights of others. NVG

How you can save 200 animals annually: Go vegan