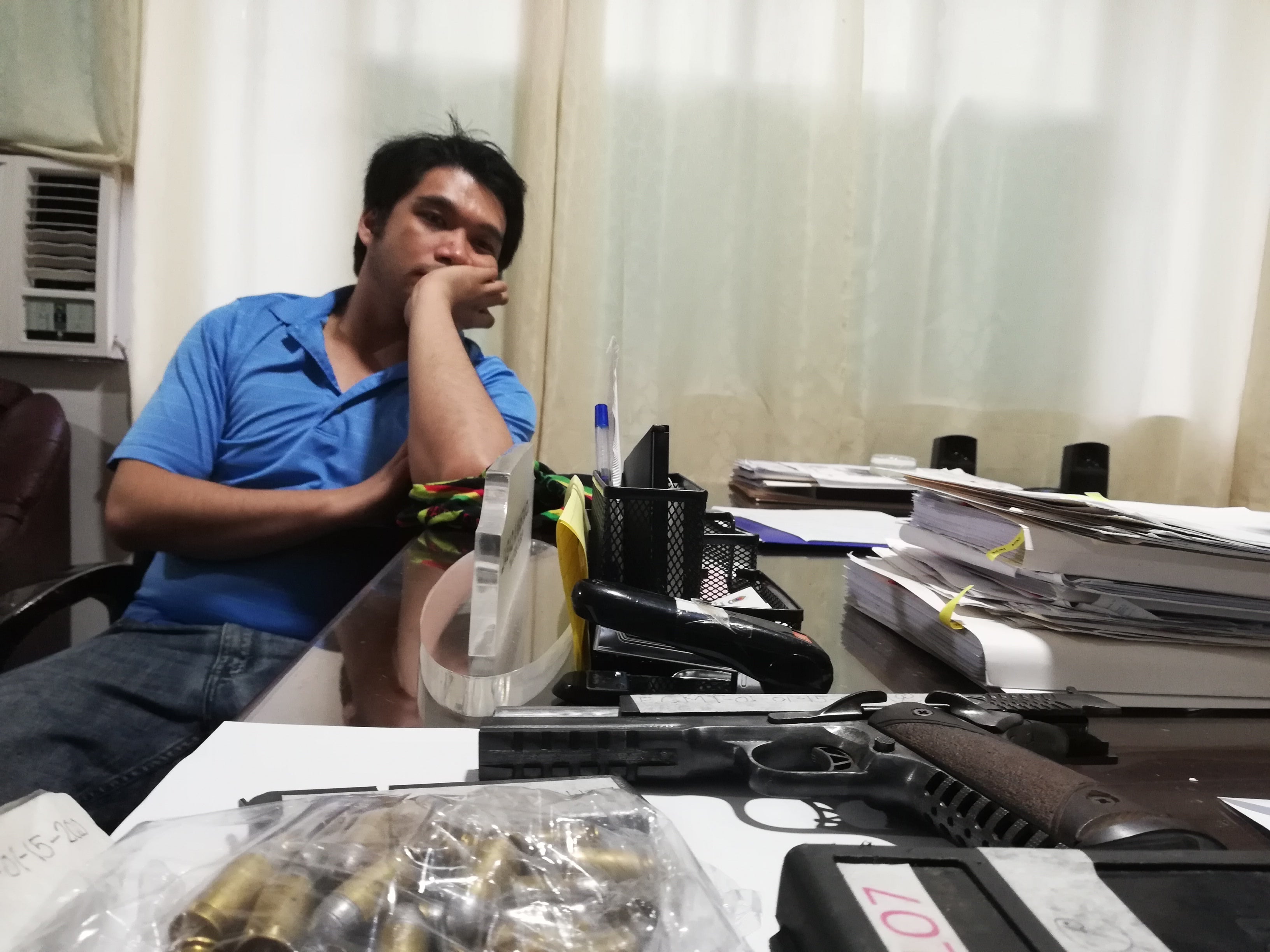 Elpren Charles “Bobec” Tungol, 32, a former mayor of Alburquerque town was arrested on Wednesday for illegal possession of firearms and ammunition. He was also tagged as the suspect in the killing of Wilfrido Plaza, a barangay councilor and trusted aide of incumbent Alburquerque Mayor Don Ritchie Buates. (Photo by Helen Castaño)

TAGBILARAN CITY–A former mayor of Alburquerque town was arrested on Wednesday yet for illegal possession of firearms and ammunition.

Elpren Charles “Bobec” Tungol, 32,  yielded an M-14 rifle and ammunition during a raid on his house at a village called East Poblacion in Albuquerque by police.

Lt. Yolando Bagotchay, Alburquerque police chief, said Elpren was in his room sleeping when the search warrant was served.

“There was no resistance,” said Bagotchay.

But an unlicensed M-14 assault rifle was found in Elpren’s possession. His father yielded no unlicensed firearm.

Cabal said Elpren was tagged as suspect in the killing of Wilfrido Plaza, a village councilor and trusted aide of incumbent Alburquerque Mayor Don Ritchie Buates.

Elpren, who was mayor from 2016 to 2019, denied the allegation. His father was the mayor before him.

Elpren posted bail but remained in jail for incomplete documents.

“Will James and Nadine delete these Instagram photos soon?”