Firefighters to have firepower, too

Firefighters to have firepower, too 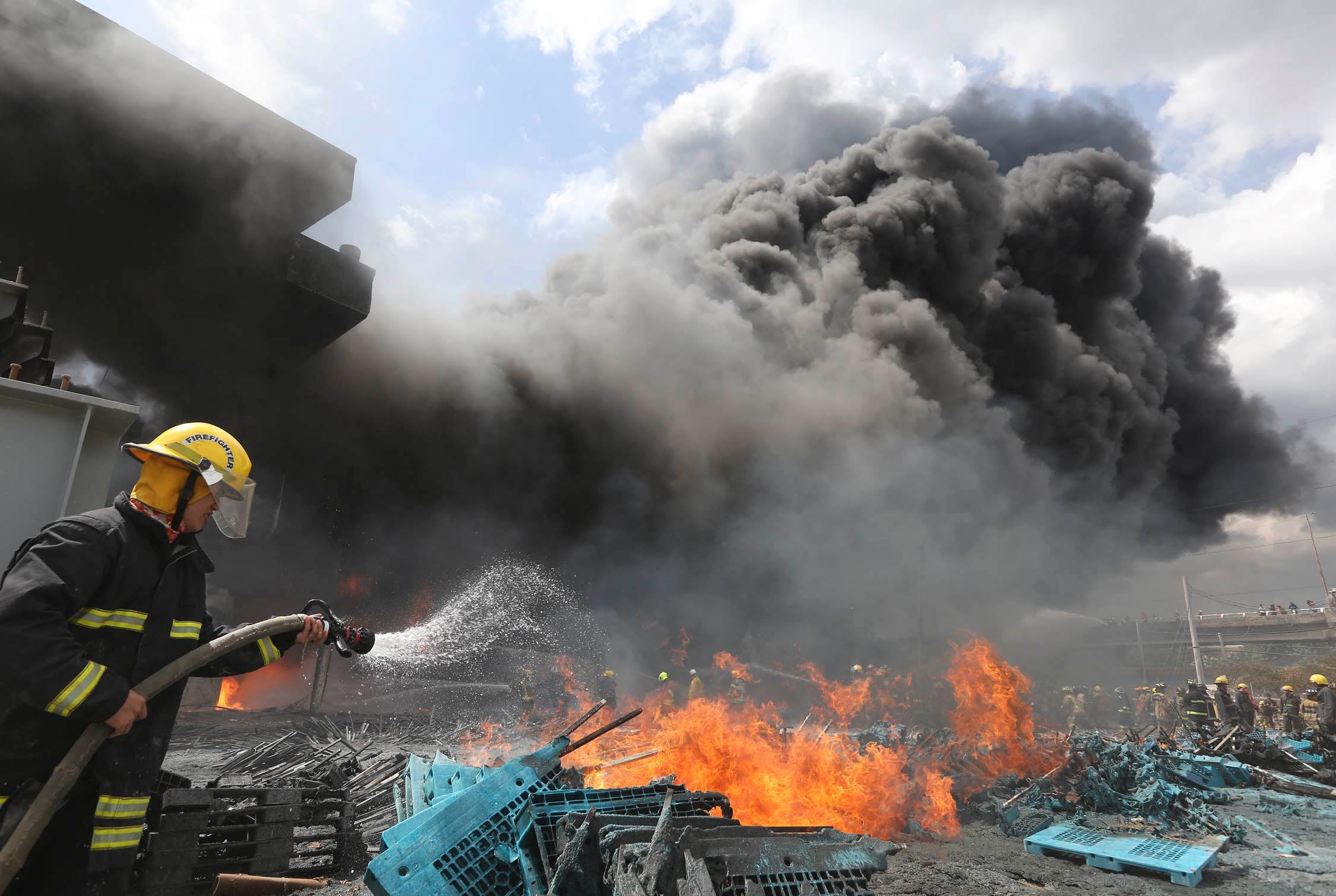 DUAL ROLE In between quelling fires, members of the Bureau of Fire Protection are expected to perform lawe nforcement or peacekeeping tasks if the need arises, as they will soon be issued sidearms by the Department of the Interior and Local Government. —MARIANNE BERMUDEZ

MANILA, Philippines — People may be excused for thinking that firefighters will be carrying water pistols starting this year.

These will not be toy guns but 9-mm pistols.

Interior Secretary Eduardo Año said  the tasks of the Bureau of Fire Protection (BFP) would no longer be limited to quelling fires as its firefighters would be issued the 9-mm pistols as part of the government’s campaign against crime, terrorism and violent extremism.

Describing the move as timely and practical, Año said the handguns would be provided to 29,286 personnel of the BFP.

“Maintaining law and order is not an easy task. Despite the decreasing crime rate in the country, having the BFP firefighters in our peace and order campaign is a boost and welcome addition in ensuring a safe and secure country,” he said in a statement.

Año explained that arming firefighters was in line with President Rodrigo Duterte’s order to tap the BFP in helping maintain law and order.

“Having more hands fighting for the same cause would not hurt,” the secretary said, adding that the government was shifting to high gear in putting an end to violent extremism, the illegal drug menace, and other crimes.

Under Republic Act No. 6975, which created the police organization and made it an attached agency of the Department of the Interior and Local Government (DILG),  the BFP, Philippine National Police and the Bureau of Jail Management and Penology are allowed to assist the Armed Forces of the Philippines in times of national emergency if ordered by the President, according to Año.

“The BFP also does law enforcement functions because they enforce the Fire Code. So they already have some experience in this regard,” he said.

“The BFP can help ensure public safety, as a support to the PNP and AFP but of course, their primary responsibility is still preventing and suppressing fire and enforcement of the Fire Code.”

The firearms are also for self-defense as firefighters are prone to assaults by frustrated fire victims, he said.

Año said the firefighters would be given training on marksmanship and gun safety before they would be issued service pistols.