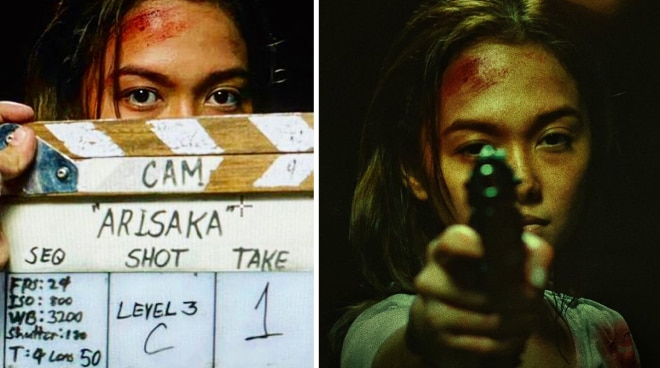 Almost two years since her last film ‘To Love Some Buddy,’ Maja Salvador is starring in a new movie.

Almost two years since her last film To Love Some Buddy, Maja Salvador is starring in a new movie.

On Instagram on Wednesday, September 30, the actress shared the first look at her new big screen project, Arisaka, under the direction of award-winning filmmaker Mikhail Red (Birdshot, Eerie, Block Z).

One picture shows Maja bloodied and bruised and with a determined expression, while holding a gun.

Using the same photos uploaded by Maja, Mikhail also announced the project on his Instagram page.

In his caption, the director shared how excited he is to be working with the 31-year-old actress on his seventh feature film.

Arisaka is produced by Ten17 Productions.

No further details regarding the project have been announced as of this writing.

Maja was last seen on the big screen in To Love Some Buddy, with Zanjoe Marudo, which was released in 2018. On television, she was lead star of the hit primetime series The Killer Bride.