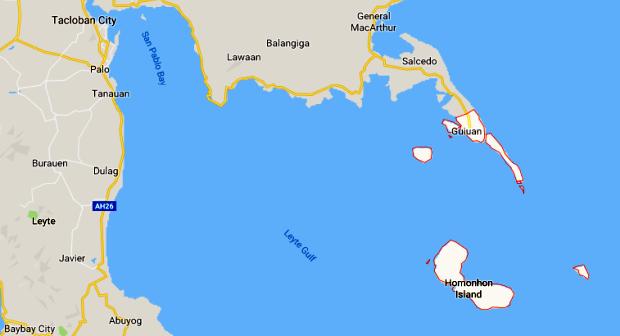 TACLOBAN CITY, Leyte, Philippines — A fisherman was found dead in the sea off Guiuan town in Eastern Samar on Sunday, Feb. 9.

The fatality was identified as Edilberto Moreno, 32.

Ryan Sabulao, a staff member of the Municipal Disaster Risk Reduction and Management Office (MDRRMO), said Moreno’s body was seen by rescuers at about 11 a.m., but due to strong waves, the boy was recovered only at about 12:30 p.m.

Based on the investigation, Moreno went fishing along with his companions — Sherwin Amosco, Jordan Catayong, and Leonardo Pagatpat — at Monay Beach in Barangay Ngolos, Guiuan town at around 7 a.m. on Saturday, Feb. 8.

While they were fishing, strong waves buffeted the boat eventually carrying it away to the deep portion of the sea facing the Pacific Ocean.

Catayong and Pagatpat survived and reported the incident to the local police.

Maj. Roger Octaviano, the Guiuan police chief, ordered his men to conduct a search and rescue operation together with the members of the MDRRMO.

Only Moreno’s body was found while Amosco remained missing.