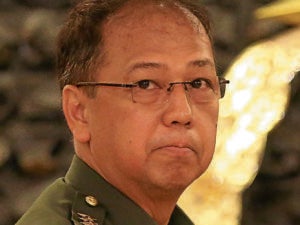 The ongoing repatriation of overseas Filipino workers (OFWs) may lead to a spike in new coronavirus disease (COVID-19) cases in the county and may end up in a second wave of the pandemic, the chief implementer of the ad hoc agency tasked with containing the spread of the virus warned on Friday.

“What we’re seeing now is the possible spike of cases in some areas because of the importaton of transmission, due to the big influx of arriving OFWs,” Carlito Galvez Jr. said during the Laging Handa briefing of the National Task Force Against COVID-19.

“We are receiving more than 30,000 OFWs,” Galvez said. “That’s what we’re looking at, that we might have a possible second wave.”

He noted the returning OFWs were coming from countries that were among the most affected by the pandemic, like the United States, Italy, Spain and parts of the Middle East.

But Galvez said “we are so happy that out of the 30,000 OFWs that were tested, we only had more or less 600 who tested positive.”

The government is expecting an additional 42,000 OFWs to arrive in June.

Meanwhile, about 4,000 OFWs in the United Arab Emirates have been affected by the government’s restrictions on incoming flights.

Despite his concern about a possible second wave, Galvez reaffirmed Malacañang’s earlier pronouncement that the Philippines was still dealing with its “first wave” of coronavirus infections.

“We think we are still in the first wave, and we see that this first wave is from local infections,” he said.

“‘Good as hell’: American rapper Cardi B shares she discovered lumpia through her Pinay aunt”