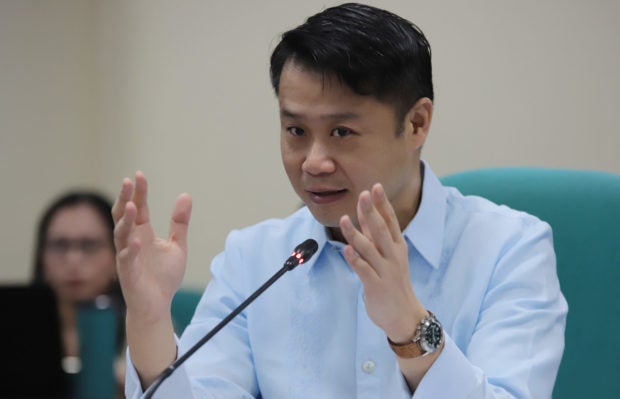 MANILA, Philippines — Sen. Sherwin Gatchalian on Saturday tagged as “fake news” a post circulating on social media about him instructing President Rodrigo Duterte to explain the threat to shut down ABS-CBN.

According to certain posts circulating on social media, Gatchalian said that the Chief Executive must be summoned to the Senate.

Previously, Gatchalian said that Duterte might opt to attend the Senate inquiry that would look into the network’s compliance with the terms and conditions of its own franchise.

“A fake news, which is prevalent nowadays, is spreading around social media about a statement which I did not say nor have said in my past interviews,” the senator said on Twitter.

“Categorically and objectively speaking, I did not utter, gesture nor insinuate any malicious statement about the President,” he added.

Gatchalian further stressed that the posts were a “direct attack” to him and were the work of people who would want to “discredit” him and sow intrigue.

Duterte has been vocal against granting ABS-CBN’s franchise renewal, accusing the broadcast giant of failing to air his paid campaign advertisements during the 2016 presidential elections.

ABS-CBN’s franchise is set to expire on March 30.

Cold mornings to persist in Luzon, Visayas due to strong Amihan