“‘It is my paraiso’: Sharon Cuneta wants to buy back the home she grew up in”

“‘It is my paraiso’: Sharon Cuneta wants to buy back the home she grew up in” 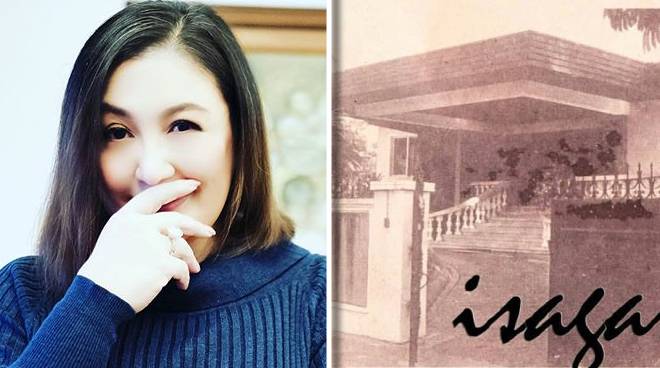 Sharon Cuneta recalled some of her fondest memories growing up at the big house located on Paraiso Street in Dasmariñas Village, Makati.

Megastar Sharon Cuneta went on a trip down memory lane as she expressed her desire to buy back the home she grew up in back in the early 70s.

Recalling some of her fondest memories growing up at what used to be the former family abode located on Paraiso Street in Dasmariñas Village, Makati, Sharon shared how simple life was back then.

According to Sharon, only three houses could be found along the now-crowded street back then — their family’s and two others.

“This is where I grew up. We moved here in 1972-1973? One of the first three houses on the street. No Ayala Center yet. Just the Hotel Inter-Continental and later, QUAD and Fastfood Centre and Karpark! Now all Glorietta. EDSA had only two lanes if I remember right. We could still cross it by walking,” she wrote.

But according to Sharon, the house was eventually sold more than a decade since the passing of her father — the late Pasay City Mayor Pablo Cuneta — and prompted her mom Elaine Gamboa to move into a condo.

“I grew up in paradise. PARAISO STREET, Dasmariñas Village. It was a beautiful and good, good home to our family, especially to me! Some 40+ years later, Daddy was gone, Mommy moved to a condo, and the big house was sold,” she wrote.

Describing her old residence as a “paraiso,” Sharon said she wishes to buy back the house even if it has transformed into an entirely new and different structure.

READ: Sharon Cuneta shares one of her favorite memories with her father Pablo Cuneta

“I pray that someday, I would be able to buy it back. It is a totally new and different house now. But still … it is my Paraiso,” she said.

When told by a fan that she would include Sharon in her prayers to get her home back someday, Sharon replied: “Thank you. Please do keep praying. It would mean so much to me!”

Sharon’s dad Pablo Cuneta died in 2000 but according to the Megastar, her mom lived in the house until 2012 — two years before her death in 2014.