Julia Barretto supported Gerald Anderson as the Kapamilya actor opened the doors to his beachfront property in Zambales.

Despite the various controversies thrown at them, Julia Barretto seems unbothered about showing her support for her Between Maybes co-star and rumored flame Gerald Anderson after she helped the latter spread the word about the opening of his new business venture.

On Wednesday, September 30, Gerald Anderson proudly took to social media to announce that his Hayati Private Resort in Botolan, Zambales is now ready to welcome guests as it officially opens its doors to the public.

“We are now ready for you! Please follow @hayatiprivateresort for more details and experience the best sunset in the world,” Gerald wrote in the caption of his post.

While Julia did not write anything in particular, she showed her support for the opening of Gerald’s resort by sharing the post of the Kapamilya actor via her Instagram stories. 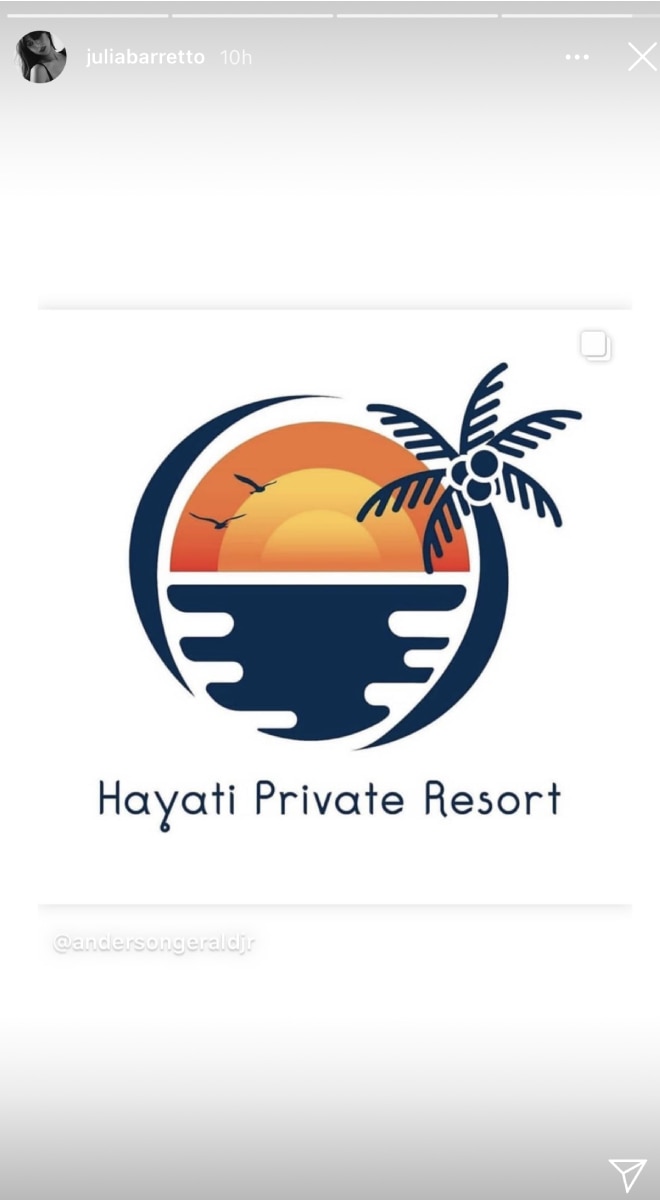 Julia’s post comes hours after she confirmed her departure from ABS-CBN talent management arm Star Magic and moved to VIVA as one of its newest talents.

Back in August, Gerald gave a tour of his resort through a vlog on his YouTube channel. In the said vlog, Gerald also showed how hands-on he is when it comes to the construction of his resort which houses spacious cabins, pools, and various recreational areas.

Just recently, Julia and Gerald faced yet another big controversy after former broadcaster Jay Sonza claimed that the two of them were expecting a baby.

It was later denied by Julia’s camp while Gerald laughed off the rumors by seemingly congratulating himself on social media.

Julia has since filed a complaint at the National Bureau of Investigation (NBI) Cybercrime Division against Jay Sonza for spreading fake news about her.

Julia has been rumored to be the reason for Gerald and Bea Alonzo’s breakup, but the Kapamilya actor was quick to dismiss the speculations and said that there was no third party involved in the split.