BAGUIO CITY—Emergency plans to address worst case scenarios, should diseases strike towns in Cordillera, are in place so communities need not entertain “unreasonable fears” about the new coronavirus (COVID-19), the Department of Health (DOH) here said on Friday.

Health teams composed of doctors, nurses, medical technicians and sanitation engineers have been deployed to 1,760 villages to augment the 94 government doctors and 673 nurses already stationed in Cordillera.

Local governments are thinking of possible health crises in order to draw up a system of collaboration, so medical resources like ambulances can be shared to bring patients to the nearest hospitals, said Dr. Amelita Pangilinan, DOH Cordillera director. The region has close to 60 private and public hospitals.

The DOH is also hiring more specialists to augment the health care manpower to make sure each village has a dedicated medical responder, Pangilinan said, in light of recent decisions to reduce or temporarily suspend tourist traffic to popular Cordillera destinations.

Kabayan town in Benguet province, for example, has set Feb. 24 as the day when visitors may no longer use the road which trekkers use to access Mt. Pulag, Luzon’s highest mountain.

On Friday, Tadian town in Mountain Province canceled the Ayyoweng di Lambak ed Tadian Festival scheduled on March 6-8, while neighboring Bauko town reduced the activities of the Begnas Festival on March 13 and 14.

Under the sharing mechanism, medical personnel in these tourist towns are trained and equipped to react to any health emergency, Pangilinan said, citing Kabayan’s proximity to the Dennis Molintas District Hospital in Bokod town, also in Benguet.

In Laguna province, the annual Anilag Festival has been called off as a preventive measure against the COVID-19.

Laguna Gov. Ramil Hernandez announced the cancellation on Friday after receiving a memorandum from the interior and health departments advising people against “attending, participating in and organizing events that draw a huge number of attendees.”

Provincial government officials were making the final plans for the festival, supposedly to be held on March 7-15, but decided to postpone it in deference to public health concerns.

“It wasn’t completely canceled but maybe we can have it on a later date this year. Probably on July 26 in time for Laguna’s Liberation Day,” said Christopher Sanji, Laguna information officer. 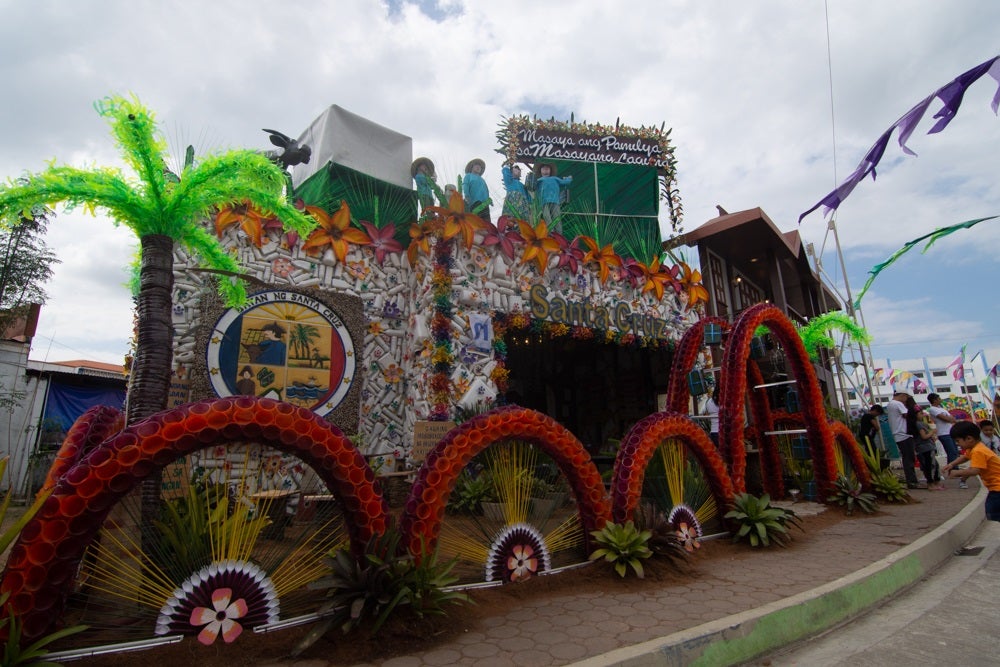 “ABORTED Tourists stroll around the Anilag Festival Grounds in Sta. Cruz, Laguna. Local officials have put on hold their plans for the festival, which is an annual celebration of goods, commodities and other crops produced in the province. —JERVIS GONZALES

The Anilag, coined from “Ani ng Laguna,” or harvest of Laguna, is an annual showcase of the local products of each of the 30 towns and cities.

Hernandez said Laguna, with a population of 3 million, has remained “virus-free,” and asked constituents to refrain from sharing false information that may trigger a scare.

As of Tuesday, the DOH said 14 people from the Calabarzon (Cavite, Laguna, Batangas, Rizal and Quezon) region were being monitored for the virus. —VINCENT CABREZA, KIMBERLIE QUITASOL, KARLSTON LAPNITEN AND MARICAR CINCO