LIKE App is ready to venture into largest population market in the SE Asia, Indonesialike app image.jpg

LIKE App is ready to venture into largest population market in the SE Asia, Indonesialike app image.jpg 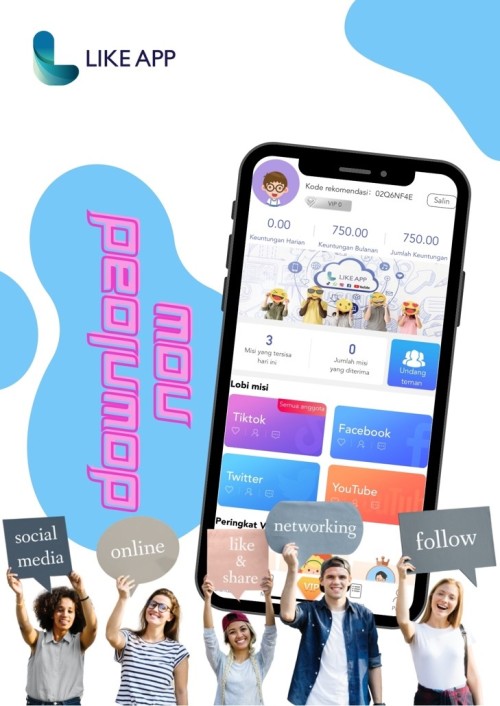 LIKE App is ready to venture into largest population market in the SE Asia, Indonesia.

“LIKE App has registered over 200,000 users, across SE Asia as of September 2020. Compared to other social media marketing platforms, LIKE App has two unique advantages, a strong community of social media users and a healthy social media ecosystem development aspect. LIKE has established partnerships with local community groups across SE Asia and work with influencers closely. LIKE App also provides the best rewards for the community of social media users as well as the lowest cost for influencers and merchants with the aim to generate the highest value for the ecosystem where the whole community can strive together. Thanks to LIKE App technology, merchants can now reach and work with influencers with just a few clicks. Its technology allows social media users to contribute their social activities and generate organic traffics for both influencers and merchant.” said Timofey Smirnov, CEO, LIKE App. “LIKE App is constantly engaging new communities and partners to ensure that the ecosystem gradually grow over time and able to provide a triple win situation for all parties.”

LIKE App’s business model allows merchants from varies brands to connect with relevant influencers at the ease of their fingertip across SE Asia. LIKE App provide this service through a talent pool of genuine social media users from various platforms such as Tiktok, Facebook, Instagram and Whatsapp. The team has specialized in social media marketing for multiple years and it is cooperating closely with major platforms and influencers to maximize the number of views and likes to the next level.

“Indonesia is one of the most attractive market for LIKE App to venture into due to its large population and the rise of middle class. These significant improvements were caused by increased smart phone and social media usage in the country. LIKE App aims to capitalized on this digital trend in Indonesia and compete for a market share by offering a more efficient yet quality social media marketing service. With the help of local Indonesian community, LIKE App occupies a strong foothold in Jakarta and aim to expand across the country in 2020. Through a strong localization strategy, LIKE App is ready to build a strong social media presence and the team is constantly engaging with local partners to meet the strong demand in the market.” Said Robert Thompson, CTO, LIKE App.