More planes with quarantined China passengers arrive in US

More planes with quarantined China passengers arrive in US 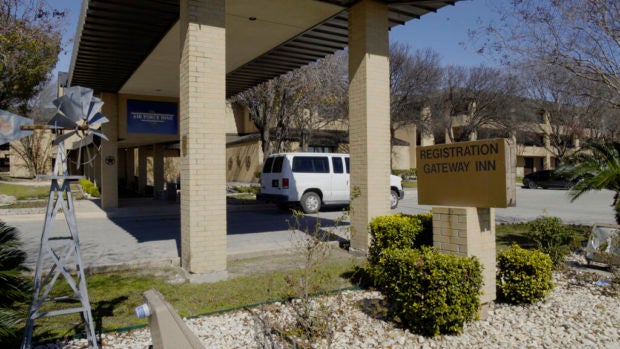 SAN DIEGO — Hundreds more people evacuated from the virus zone in China began arriving Friday at military bases across the U.S. to begin a two-week quarantine.

There were no signs of illness among those who flew into Lackland Air Force Base in San Antonio, said Dr. Jennifer McQuiston, deputy director of the Centers for Disease Control’s division of high consequence pathogens and pathology. She said fewer than 100 people, including babies, will stay at Lackland, she but did not have an exact number.

The plane arrived from the Wuhan region of China, the center of the outbreak of the new coronavirus. It was scheduled to drop off more people later Friday in Omaha, Nebraska. A military base in San Diego also received Americans who will be quarantined.

Earlier evacuation flights to California have brought people to March Air Reserve Base in Southern California and Travis Air Force Base between San Francisco and Sacramento.

U.S. officials said at a news conference in Washington on Friday that more than 800 people have been brought to the United States from Wuhan on recent flights. All evacuees are being quarantined for 14 days and monitored for any signs of illness.