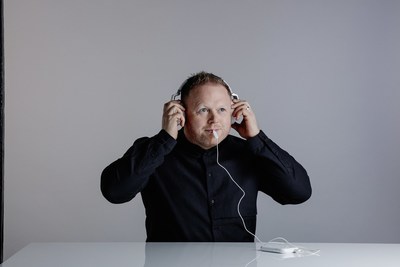 – 87.8% said they would recommend treatment to others with tinnitus

Tinnitus, commonly referred to as “ringing in the ears” is thought to affect between 10 – 15% of the global adult population[2,3]. The TENT-A2 trial, which included 191 participants, is the company’s second large-scale clinical trial and sought to replicate and further enhance the results demonstrated in the company’s TENT-A1 trial, a study that evaluated the safety and efficacy of Lenire®, the company’s non-invasive bimodal neuromodulation device in 326 participants.

The TENT-A2 study investigated if changing treatment stimuli after six weeks of treatment would result in greater improvement in tinnitus symptoms than observed in the TENT-A1 study, during which participants were treated with the same stimuli for the entire 12-week treatment period.

TENT-A2 is the second large-scale clinical trial validating the safety, with high patient satisfaction and tolerability, of bimodal neuromodulation as a treatment for tinnitus while also demonstrating greater efficacy in reducing tinnitus symptoms through optimised treatment regimens compared to the first large-scale trial.

Bimodal neuromodulation is the stimulation of nerves with two paired stimuli for therapeutic purposes. The tinnitus treatment device that was used in the study, known as Lenire and available commercially throughout Europe, was developed by Neuromod. It consists of wireless (Bluetooth®) headphones that deliver sequences of audio tones to both ears, combined with electrical stimulation pulses delivered to the surface of the tongue via 32 electrodes on a proprietary device trademarked as Tonguetip®. The device’s settings can be configured to provide treatment with different combinations of audio and electrical stimuli.

The timing, intensity and delivery of the stimuli are controlled by an easy-to-use handheld controller that each participant is trained to use prior to continuing treatment from home. Before using the treatment for the first time, the device is configured to the patient’s hearing profile and optimised to the patient’s sensitivity level for tongue stimulation.

The study was conducted at the Wellcome Trust-HRB Clinical Research Facility, St. James’s Hospital, Dublin, Ireland with no treatment-related Serious Adverse Events (SAEs) reported and a high treatment compliance. Out of 191 enrolled participants, 83.8% used the device at or above the minimum compliance level over the 12-week treatment period[1].

When treatment was completed, participants returned their devices and were assessed at three follow-up appointments up to 12 months. 70.3% of the 172 participants who filled out the exit survey said they had benefited from using the treatment and 87.8% said they would recommend other people with tinnitus to try the treatment[1].

Participants were screened and selected based on a pre-defined list of inclusion and exclusion criteria that enrolled a representative sample of the wider tinnitus population. Further information about the criteria can be found using identifier NCT03530306 at https://www.clinicaltrials.gov.

Speaking on the news, Dr Ross O’Neill, Founding CEO of Neuromod, said, “We’re delighted to announce the publication of positive results from the TENT-A2 clinical trial which show greater improvement in tinnitus symptoms from treatment with Lenire. Tinnitus remains one of the largest unmet clinical needs globally and I’m proud that Neuromod is at the forefront of developing bimodal neuromodulation technology to treat chronic tinnitus. Publishing two large-scale clinical trials in internationally-recognised peer-reviewed journals with positive results for a tinnitus treatment device is a historic milestone, and we’re committed to continuing our research in this area to further improve patient outcomes.”

Hubert Lim, Chief Scientific Officer at Neuromod, commented, “I am proud of our company’s ability to build on our prior research by enrolling 191 participants in another large-scale clinical trial that showed even greater improvements in tinnitus symptoms compared to our previous large-scale study when adjusting the stimulation regimen over time. The successful completion of two large-scale trials is a major milestone in our continuing work to develop a treatment to help as many people living with tinnitus and in further demonstrating bimodal neuromodulation as a safe and effective intervention for people living with the condition.”

Founded in 2010, Neuromod Devices Ltd. is a medical technology company headquartered in Dublin, Ireland. Neuromod specialises in the design and development of neuromodulation technologies to address the clinical needs of underserved patient populations who live with chronic and debilitating conditions. The lead application of Neuromod’s technology is in the field of tinnitus, where Neuromod has completed extensive clinical trials to confirm the efficacy of its non-invasive neuromodulation platform in this common disorder. Neuromod’s tinnitus treatment device, Lenire, is currently available throughout Europe. For more information, visit www.neuromoddevices.com.

Lenire is the first non-invasive bimodal neuromodulation tinnitus treatment device shown to soothe and relieve tinnitus in a large-scale clinical trial4. Lenire has CE-mark certification for the treatment of tinnitus under the supervision of an appropriately qualified healthcare professional in Europe. Further details about Lenire including a list of providers can be found at www.lenire.com.

Scientific Reports is an open access journal publishing original research from across all areas of the natural sciences, psychology, medicine and engineering and a member of the Nature family of research journals. Scientific Reports is the 6th most-cited journal in the world, with more than 540,000 citations in 20206, and receives widespread attention in policy documents and the media. 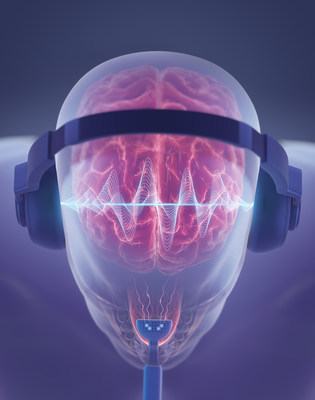