LOS ANGELES, Nov. 16, 2022 /PRNewswire/ — The North Face in association with Mountain House today announced the release of The North Face Presents: Beyond the Summit, a new documentary film, produced by 37 Laines,that follows two-time World Freeskiing Champion ski-mountaineer Kit DesLauriers as she works to use her global spotlight to aid in the research and protection of the Arctic National Wildlife Refuge.

In 2006, Kit DesLauriers became the first person to ski down the highest mountains of each of the seven continents – Killamanjaro, Everest, Denali, Vinson, Aconcagua, Elbrus, Kosciuszko – known in the mountaineering community as “the Seven Summits”. After reaching this milestone, DesLauriers found herself searching for purpose beyond her achievements, looking at how she could “contribute to the greater good” with her extremely specialized athletic skill set. And through an epic exploration of the limits of the human body, science, and conservation, she found her place.

Beyond the Summit explores the two weeks DesLauriers – alongside fellow skiers Sophia Schwartz, Sarah Carpenter, Jim Morrison, and a specialized film crew – spent traversing the arctic on skis, telling the story of a diminishing snowpack and the interest of oil and gas companies to extract from beneath one of the most pristine and unexplored wilderness areas in the world—the Arctic National Wildlife Refuge—DesLaurier’s most treasured place on Earth.

Directed by Natasha Mynhier and produced by Rachel Nederveld and 37 Laines, Beyond the Summit is available to watch for free on the official The North Face’s YouTube Channel.

37 Laines is an award-winning film production house run by Natasha Mynhier and Jeff Hammerton. Out of our office in Santa Monica, CA, 37 Laines produces high quality creative work for clients across the US, including branded content, commercials, short films, music videos, digital content, web-series, live events, and documentaries. Our team has created content for brands like Netflix, Marvel, ESPN, and Vogue, supported directors like Vincent Peone and Shruti Ganguly, and most recently won a Gold Award at the 2020 Young Director’s Awards for our short film, In a Beat.

For interview requests or more information on ‘Beyond the Summit, please contact: 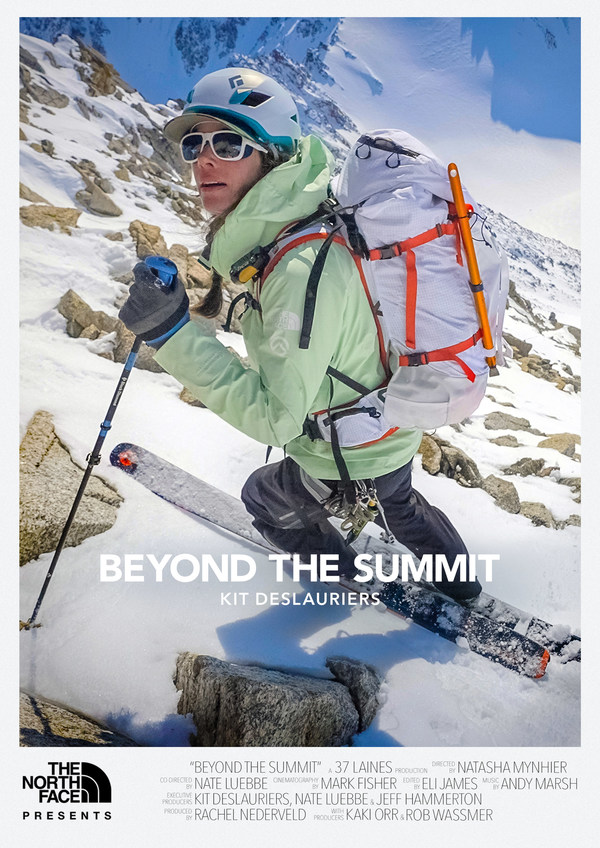 The North Face Presents: Beyond The Summit – New documentary follows two-time World Free-skiing Champion Kit DesLauriers as she skis across the pristine wilderness of the Arctic.