The head of the Philippine National Police custodial center was removed from his post and slapped with criminal charges for allegedly sexually assaulting former Ozamiz City Vice Mayor Nova Princess Parojinog twice while in detention at Camp Crame in Quezon City.

In a statement on Friday, Police Lt. Col. Ysmael Yu, the PNP spokesperson, said the PNP Women and Children Protection Center (WCPC) filed a complaint for rape, acts of lasciviousness, unjust vexation and violation of the Safe Spaces Act against Police Lt. Col. Jigger Noceda before the Quezon City Prosecutor’s Office on Oct. 7.

Parojinog, daughter of the slain former Ozamiz mayor and alleged Kuratong Baleleng crime gang leader Reynaldo Parojinog, alleged that Noceda sexually harassed her inside his office at Camp Crame on June 9 and Sept. 7.

According to the complainant, she wrote Noceda a letter on June 9 to ask when family visits would again be allowed, after the government eased pandemic restrictions in Metro Manila to general community quarantine.

Noceda then summoned her to his office and told her that visits would be allowed on that day. Another police officer later came to tell Parojinog that her daughter, Sophia, was waiting to see her.

But on her way out to see her daughter, Noceda allegedly told her: “Mag-selfie muna tayo (Let’s take a selfie first).”

“He suddenly pulled my arm,’’ Parojinog said in her complaint. “After that, he quickly pushed me to a part of the wall where we couldn’t be seen by anyone and he suddenly kissed me.” 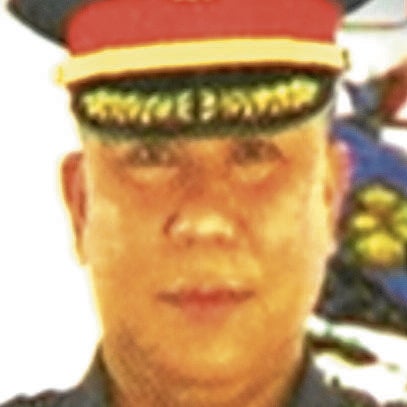 She said she walked out of the office and rushed to her waiting daughter, asking her to inform their lawyers about the incident.

Parojinog said she later wrote then PNP chief Archie Gamboa and other police officials about the matter.

On Sept. 7, three days after Parojinog’s brother, former Ozamiz City Councilor Ricardo Parojinog, was found dead reportedly due to a heart attack inside his cell at the Ozamiz City police station, she asked to speak with Noceda about certain court orders in relation to her case.

Parojinog and Noceda first spoke without incident. But when she was about to leave his office, the police official allegedly grabbed her and touched her private parts.

She managed to escape Noceda’s advances by saying that someone was standing just outside his office window. “On my way out, I saw him laughing and he said that I would dream of him that night.”

Parojinog reported the matter to the current PNP chief, Police Gen. Camilo Cascolan, who on Sept. 13 ordered the WCPC to look into her allegations.

According to the her, Noceda asked to speak with her again on Sept. 26. In that exchange, the police official told her that “I shouldn’t have done that to you. I am pleading that you deny your letters and I would never show myself to you again. I will just have myself relieved. Sorry, I shouldn’t have taken advantage of your situation.”

According to a source privy to the WCPC investigation, Noceda was relieved of his post on Sept. 30 and placed under restrictive custody at Camp Crame on Oct. 8, a day after the charges were filed in the Quezon City prosecutor’s office.

Noceda was replaced by Police Maj. Nicanor Sudario III as head of the custodial center, where the PNP holds high-profile detainees, among them Sen. Leila de Lima.

President Duterte had accused the Parojinogs of involvement in the illegal drug trade.

Nova Princess Parojinog has been in detention since July 2017 on charges of illegal possession of drugs and firearms. She was among the suspects arrested in a predawn police raid on the Parojinog residence in Ozamiz that led to the killing of her father Reynaldo. Ricardo, her sibling who was found dead inside his cell last month, was also arrested in that raid.

It was not the first time for Noceda to be accused of abusing his authority.

In 2000, then ranked Police Officer 2, he was charged with planting evidence against a suspect arrested in a drug sting. The case was later dismissed.

Five years later, Noceda was already a chief inspector heading the Carmona, Cavite, police, when he was relieved and charged with torture and grave misconduct after being caught on video beating up a cell phone snatching suspect.