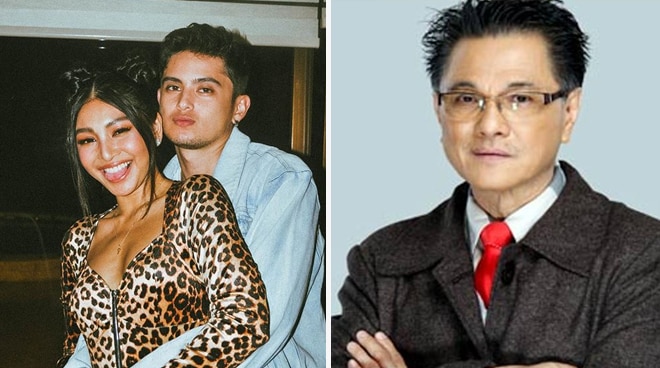 Entertainment journalist Ricky Lo sends a message to Nadine Lustre after she and James Reid admitted to their split.

Ricky Lo released a statement regarding James Reid and Nadine Lustre’s recent confirmation about their breakup.  The two admitted this yesterday, January 20, through a joint statement sent to Tonight with Boy Abunda.

This comes after Nadine called out Ricky for publishing an article about her and the actor going separate ways.

Read:Nadine Lustre calls out Ricky Lo on breakup issue: ‘None of what you said was true’

“First off, that was so low #RickyLo #Philippine Star. Second, none of what you said was true & it is NEVER okay to use someone’s mental situation/tragic past just to prove a point. Mental illness is a very sensitive matter & last you think you know so much about me, you can’t even get my last name right. ANU NA, 2020 NA!!” she wrote at the time.

CNN Philippines then released the editor’s statement saying he is thankful the former couple have finally admitted their real relationship status.

“I should thank James Reid and Nadine Lustre for confirming in a joint statement that they have broken up, exactly two weeks after I broke the story in my STAR column. — That is, after Nadine denited it with impunity.”

He also stressed on the saying ‘honesty is the best policy.’

“I kept my cool and just said, ‘Just wait ans see’ even when Nadine (while James remained silent) lambasted me for being a liar (purveyor of fake news) and thus emboldening her fans to relentlessly doing the same on social media. As The STAR blurb says, ‘The truth shall prevail.’

“In my many decades as a journalist, I always stand for the truth and write ‘delicate’ stories (like the James-Nadine breakup) only when given to me by reliable sources and after double-checking. In any case, whether showbiz or elsewhere, honesty is the best policy.”