Roque hits UP officials’ attempt to ‘ignore, erase’ accomplishments due to politics

Roque hits UP officials’ attempt to ‘ignore, erase’ accomplishments due to politics 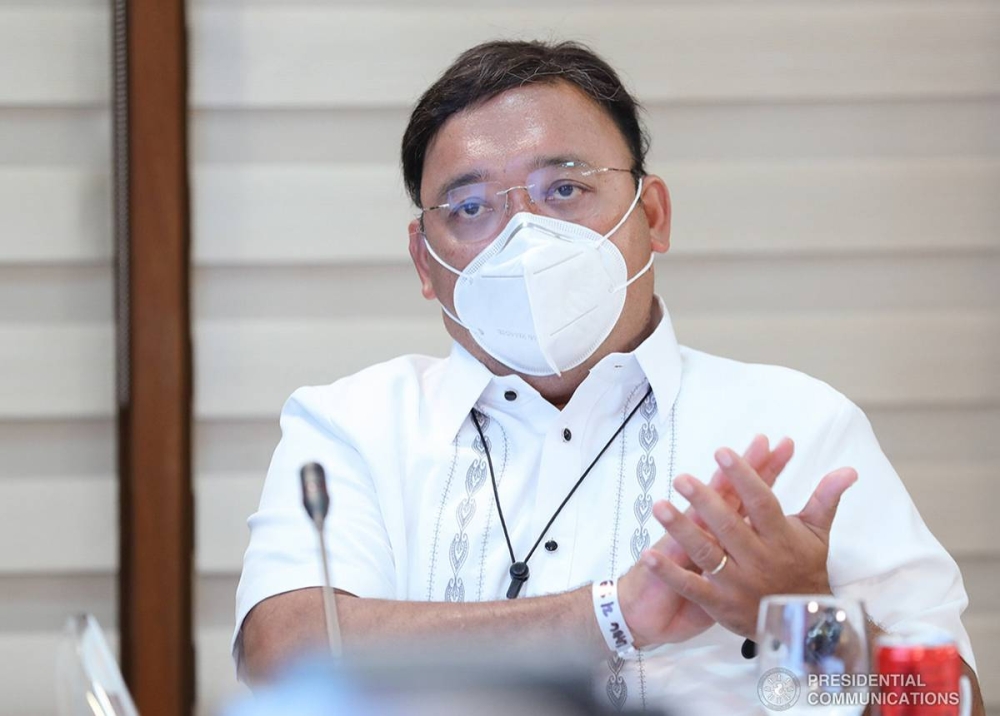 PRESIDENTIAL spokesman Harry Roque Jr. on Wednesday hit back at officials of the University of the Philippines (UP) in Diliman, Quezon City over their supposed attempt to “ignore and erase” his accomplishments due to their difference in political beliefs.

While he respects the opinion of the UP Diliman’s executive committee objecting to his nomination to the International Law Commission (ILC), Roque criticized its reason behind the opposition as a “flimsy justification.”

“I respect the right of the committee and its members to proffer their opinion on my candidacy and I understand that my actions, especially in accepting a Cabinet post as spokesperson to the President will not please everyone,” Roque said in a statement.

“However, the flimsy justification made to object to my nomination and election to the International Law Commission makes it clear that there are some sectors who will do everything to besmirch my good name, reputation and integrity simply because I do not subscribe to and share their same political beliefs,” he added.

Roque made the remark after the UP Diliman Executive Committee opposed his nomination to the ILC due to his “very poor track record of promoting, defending, and fulfilling human rights and the rule of law” during the Duterte administration.

But the Palace official rejected the claims, saying he served as counsel for 19 journalists murdered in the Ampatuan massacre.

He also served as counsel for Panatag Shoal fishermen, the comfort women of World War 2 and the families of Darius Evangelista and Jennifer Laude.

“For over 30 years, I have been an advocate of human rights, having spent most of my professional life as a member of civil society and as a public interest lawyer representing persons and sectors who have needed to be championed,” said Roque, who taught at the UP College of Law for 15 years.

“In all these cases, I battled powerful interests in order to ensure that proper remedies were availed of, the rule of law was upheld and justice was served,” he added.

Roque said it was “disheartening” that his nomination to the ILC has become “politicized” when the United Nations body is not a political body, but a group of experts that develop and codify international law.

“It is unfortunate that some members of the UP academe would conveniently ignore and erase over thirty years of hard work and concrete accomplishments simply because our politics do not align,” he said.

He also said that “despite the UP Executive Committee best efforts in belittling my track record in human rights and ignoring altogether my credentials in field of public international law, which is what is relevant to the mandate of the International Law Commission, I wish to assure my former colleagues in UP that my commitment to human rights and the rule of law has not wavered.”

Roque also believed that he “has greatly furthered the human rights of my fellow Filipinos in recent years due to the passing of the Universal Health Care Law – of which I was one of the principal authors, the Free Irrigation Service Act for small-scale farmers, a national lunch feeding program for students, the HIV Policy Law, etc…”

“All of these laws which I co-authored and whose passage I passionately lobbied for, grant our countrymen much needed economic rights whose fruits we are now reaping during this pandemic,” he said.

“Given the opportunity to be a member of the ILC, I have declared that I will be advocating for a treaty for vaccine equality among countries and a treaty recognizing as conclusive laws that identify territories of countries and ensuring maritime jurisdictions in the event of a rise in sea level driven by climate change,” he added.

Roque has flown to New York City as part of his bid in the ILC. He stands to be among the eight representatives from Asia-Pacific states to sit at the UN body.

Eleven individuals, including Roque, are nominated. The period for nomination closed in June.

If elected, Roque will have a five-year term in the panel beginning Jan. 1, 2023.

ILC is an advisory body to the United Nations whose mandate is to “initiate studies and make recommendations for the purpose of… encouraging the progressive development of international law and codification.”