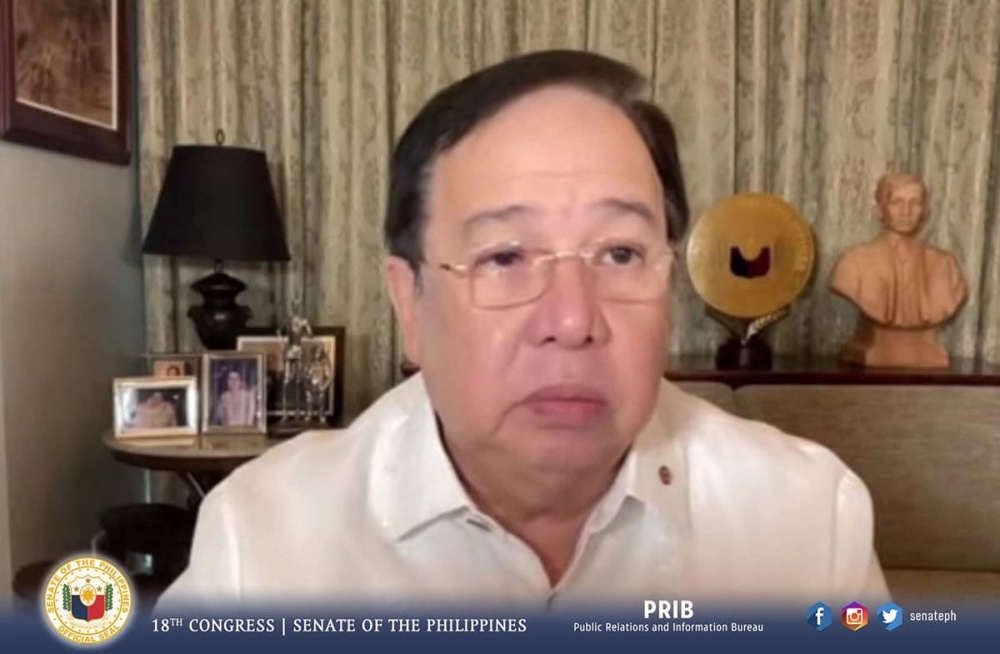 IT is not President Rodrigo Duterte who was inciting to sedition, but the Senate blue ribbon committee that has been investigating “in aid of election,” Chief Presidential Legal Counsel Salvador Panelo said.

Panelo said on Wednesday Sen. Richard “Dick” Gordon’s remarks against the President “may actually refer to his committee.”

“It is they who have been restraining the executive branch to do its work, including addressing the present pandemic, by compelling key officials to [hearings] which [have] been described by many as an investigation ‘in aid of election,'” he said.

Gordon, who leads the committee, said on Tuesday the Chief Executive was guilty of sedition after he directed his Cabinet members to seek his approval before attending congressional hearings into the administration’s purchase of medical supplies.

The Senate is a legislative, co-equal branch of government.

Panelo cited the Senate vs Ermita case, the subject of which was the Executive Order (EO) 464 issued by former president Gloria Macapagal-Arroyo, that was only “partially invalidated” by the Supreme Court.

Through EO 464, issued in 2005, Arroyo prevented her Cabinet members, police and military generals, and senior national security officials, among others, from attending congressional hearings.

Panelo claimed the senators’ conduct in the investigation was a “veiled usurpation of judicial functions,” similar to that of Arroyo’s case.

“The congressional power of inquiry is expressly recognized and granted in the Constitution,” Panelo said. “The Supreme Court, however, takes judicial cognizance of the fact that the right of Congress to conduct inquiries in aid of legislation is susceptible to abuse.”

He said the blue ribbon is not empowered to “resort to compulsory processes and compel the attendance” of executive department heads, as well as cite them in contempt if they refuse to participate, based on Section 22 of Article VI of the Constitution.

“If, by any chance, the Senate is able to convert its hearings to one that is in aid of legislation, then the President’s directive still stands, as invitations may be assessed on a case-to-case basis to determine if executive privilege may be invoked,” Panelo insisted.

“While we agree that the Senate has the authority to conduct hearings, the mutual respect demanded from co-equal branches of government dictates that these must be done in such a way that is free from bias and prejudice.”