The Big Freeze: How the Universe Will Die

The Big Freeze: How the Universe Will Die 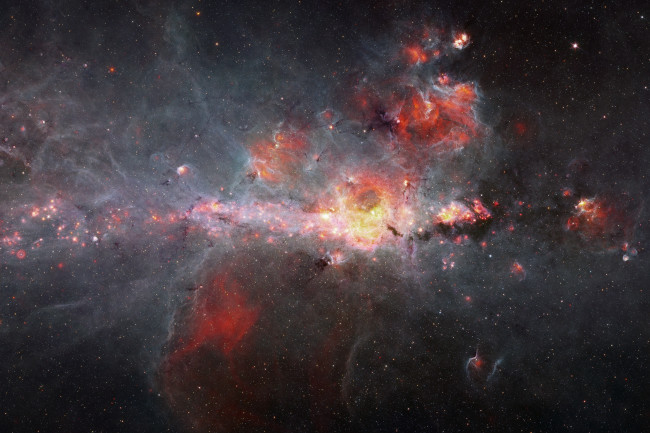 The cosmos may never end. But if you were immortal, you’d probably wish it would. Our cosmos’ final fate is a long and frigid affair that astronomers call the Big Freeze, or Big Chill.

It’s a fitting description for the day when all heat and energy is evenly spread over incomprehensibly vast distances. At this point, the universe’s final temperature will hover just above absolute zero.

Some 13.8 billion years ago, our universe was born in the Big Bang, and it’s been expanding ever since.

Until a few decades ago, it looked like that expansion would eventually end. Astronomers’ measurements suggested there was enough matter in the universe to overcome expansion and reverse the process, triggering a so-called Big Crunch. In this scenario, the cosmos would collapse back into an infinitely dense singularity like the one it emerged from. Perhaps this process could even spark another Big Bang, the thinking went.

We’d be gone, but the Big Bang/Big Crunch cycle could infinitely repeat.

In the years since then, the discovery of dark energy has robbed us of a shot at this eternal rebirth. In 1998, two separate teams of astronomers announced that they’d measured special exploding stars in the distant universe, called a type Ia supernova, which serves as “standard candles” for calculating distances. They found that the distant explostions — which should all have the same intrinsic brightness — were dimmer, and therefore farther away, than expected. Some mysterious force was pushing the cosmos apart from within.

This dark energy is now thought to make up some 69 percent of the universe’s mass, while dark matter accounts for another roughly 26 percent. Normal matter — people, planets, stars, and anything else you can see — comprises just about 5 percent of the cosmos.

The most important impact of dark energy is that the universe’s expansion will never slow down. It will only accelerate.

Heat Death of the Universe

Decades of observations have only confirmed researchers’ findings. All signs now point to a long and lonely death that peters out toward infinity. The scientific term for this fate is “heat death.”

But things will be rather desolate long before that happens.

Much later, in the so-called Degenerate Era, galaxies will be gone, too. Stellar remnants will fall apart. And all remaining matter will be locked up inside black holes.

In fact, black holes will be the last surviving sentinels of the universe as we know it. In the Black Hole Era, they’ll be the only “normal” matter left. But eventually, even these titans will disappear, too.

Stephen Hawking predicted that black holes slowly evaporate by releasing their particles into the universe. First, the smaller, solar-mass black holes will vanish. And by a googol years into the future (a 1 followed by 100 zeroes), Hawking radiation will have killed off even the supermassive black holes.

No normal matter will remain in this final “Dark Era” of the universe, which will last far longer than everything that came before it. And the second law of thermodynamics tells us that in this time frame, all energy will ultimately be evenly distributed. The cosmos will settle at its final resting temperature, just above absolute zero, the coldest temperature possible.

If this future seems dark and depressing, take comfort in knowing that every earthling will have died long before we have to worry about it. In fact, on this timescale of trillions of years, even the existence of our entire species registers as but a brief ray of sunlight before an infinite winter of darkness.