UP study: 65% of essential jobs ‘high risk’ for coronavirus transmission

UP study: 65% of essential jobs ‘high risk’ for coronavirus transmission

Sixty-five percent of some of the most important jobs in the country have a high potential to spread COVID-19, indicated a research by scientists from the University of the Philippines Resilience Institute (UPRI).

The new research showed that 816 out of 987 job types in the Philippines are crucial to sustain the economy in the next six months, but 65 percent of these jobs require close or regular interaction with people.

Health workers comprise 13.8 percent of the risky job category, while 51.2 percent are made up of workers from the food, agriculture, manufacturing and service sectors, with a total of 505 jobs.

Among these workers are security guards, construction laborers and commercial drivers.

Hairstylists, recreation workers and actors, who make up 16.4 percent of the workforce, are also considered high-risk spreaders, although their jobs are not considered in the policy paper as crucial to sustaining the economy.

Only less than one percent of the total workforce can be considered as low-risk spreaders, among them farm workers, tellers, and computer system experts and engineers whose jobs are categorized as highly important.

Also considered as low-risk spreaders but whose jobs are less important to sustaining the economy are real estate sales agents, morticians and surveyors. 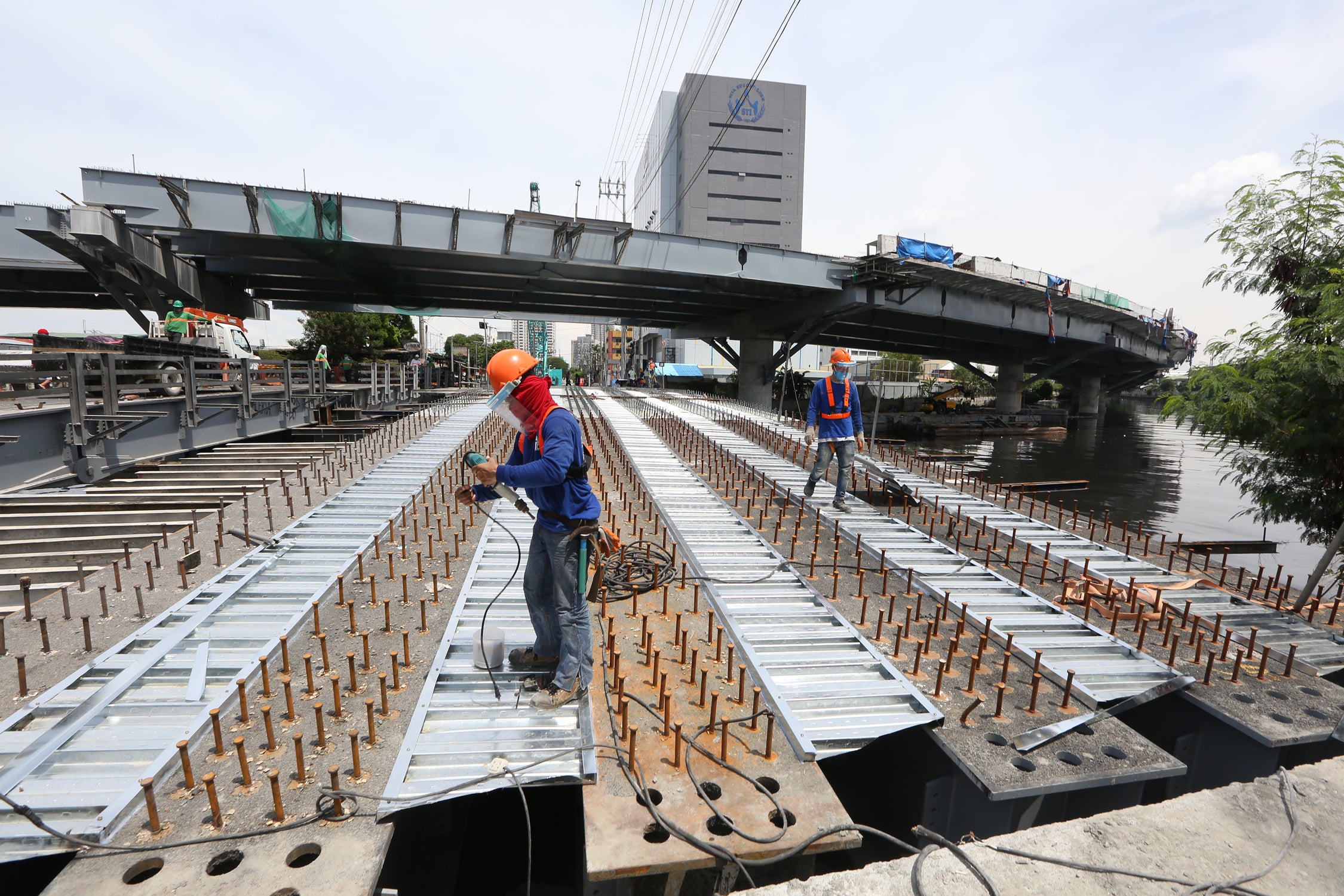 CONSTANT CONTACT Construction work is considered high risk because workers need to coordinate with each other. —NINO JESUS ORBETA

The UPRI noted that the high-risk sector could explore other modes of job delivery that would minimize social interaction without completely cutting off operations, such as working from home.

However, only 10 percent of the total 987 jobs can readily adopt a work-from-home arrangement as of now, the researchers acknowledged.

“As economic activities are opened up, proper phasing in of different sectors and jobs should consider both economic contributions and the health risks involved, with health as the top priority,” the UPRI paper stated.

Among the recommendations given are increasing the use of personal protective equipment, promoting effective hygiene practices and switching to a work from home setup to lessen the risk by at least 21 percent.

In determining whether a workplace should reopen, the UPRI suggested using decision support tools, such as the Workplace Reopening Decision Tree and the Job Risk Profiling Calculator (https://datastudio.google.com/s/obkpICtqUuY).

The researchers also noted that there is no correlation between average monthly salary and risk level.

Their analysis however did not account for jobs in the informal sector because of the lack of data.