Using Gaia as a Gravitational-Wave Detector

Using Gaia as a Gravitational-Wave Detector 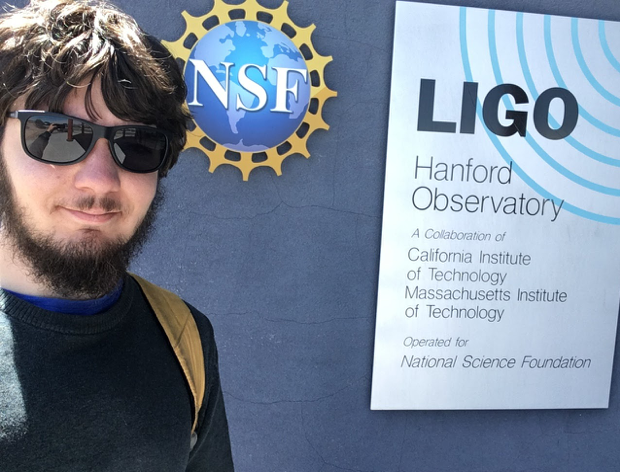 Today’s guest post was written by Bence Bécsy, a graduate student at the eXtreme Gravity Institute at Montana State University. His research focuses on gravitational-wave data analysis, using data both from ground based detectors like LIGO and Virgo, and from pulsar timing arrays like NANOGrav.

The race to detect more and more gravitational waves

Gravitational waves (GWs) are disturbances in spacetime produced by any massive object moving asymmetrically. However, only the most massive and most relativistic objects produce large enough GWs to be detectable (though they are still super small). The LIGO and Virgo detectors are using laser interferometry to detect these tiny ripples in the fabric of spacetime. They have already detected dozens of GWs from binaries of black holes and neutron stars. Another method of detecting GWs is creating a so called pulsar timing array (PTA), where dozens of millisecond pulsars are monitored to look for the signatures of nanohertz GWs, that is waves with much lower frequencies than those seen by LIGO and Virgo.

Yet another way of detecting GWs is by using astrometry, that is by measuring the apparent positions of stars. This method was first introduced in 1990, and nowadays it’s getting more and more relevant due to the Gaia mission, which makes astrometric observations at unprecedented precision. Today’s astrobite describes how one can detect GWs from individual supermassive black-hole binaries using data from Gaia.

How exactly can astrometry help us with GWs? Imagine that a long time ago in a galaxy far, far away, two supermassive black holes were orbiting around each other, emitting GWs. Those GWs are reaching us today, passing through the Milky Way! They modulate the spacetime throughout the galaxy, thus affecting how light, or photons, propagate. Thus, a GW changes the time it takes a photon to travel between objects, which is utilized by pulsar timing arrays to detect GWs. But that’s not the only effect GWs have! They also affect the propagation of light (similarly to gravitational lensing around a massive object), causing the apparent position of objects on the sky to change with time (see Figure 1).  Today’s paper focuses on this light deflecting effect of GWs. 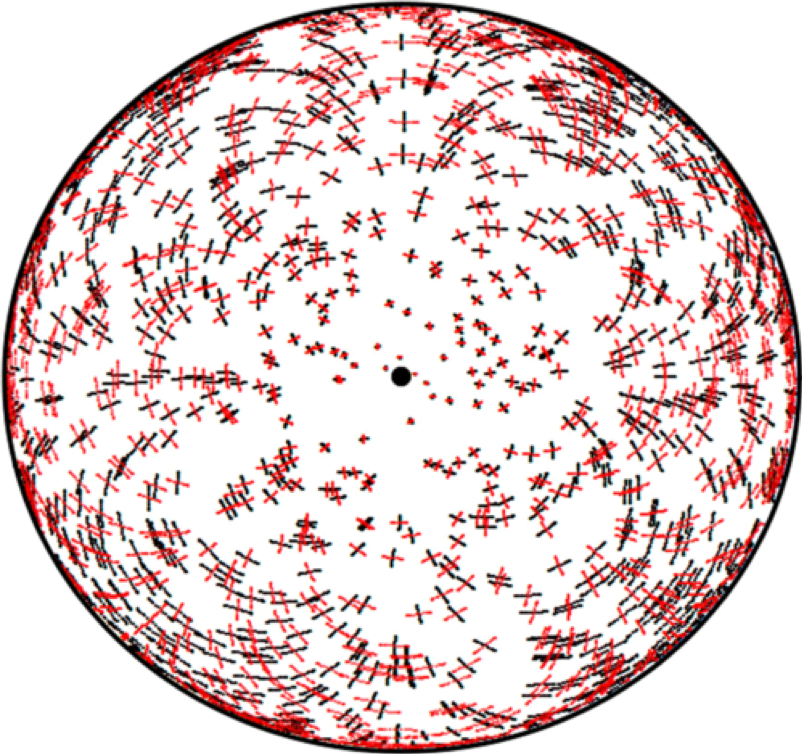 Figure 1. Astrometric response to a GW coming from the sky location marked with the black dot in the middle. Black and red lines indicate the movement of stars for plus and cross polarized GWs, respectively. Notice that the astrometric effect of a GW is strongest perpendicular to its direction of propagation. Note that the GW amplitude is unrealistically large here to make the effect visible. Adapted from Figure 1 in the paper

Luckily, Gaia measures the position of more than a billion stars with astonishing precision. As it turns out, this is both a blessing and a curse. It obviously helps with sensitivity to have a lot of data, but it makes statistical analysis of the full dataset computationally infeasible. To overcome this, the authors introduce a clever method to compress the dataset by a factor of a million, while only reducing their sensitivity by 1%. Basically they are partitioning the sky using Voronoi cells, and averaging the data from stars in each cell, resulting in one “virtual star” for every cell.

To assess Gaia’s sensitivity to GWs, the authors created simulated datasets including a GW signal with different amplitudes and frequencies. By analyzing these datasets, they were able to determine the minimum amplitude needed to detect a signal at each frequency. They found that the sensitivity of the Gaia dataset is comparable to that of pulsar timing arrays, and might even complement them at higher frequencies. They also looked into how the sky location of the source affects the sensitivity (see Figure 2). They find that the least sensitive parts of the sky are about 30% less sensitive than the best location. Notice that the most sensitive regions are around the galactic poles, while the least sensitive regions are towards (and away from) the galactic center. This is expected from the distribution of stars observed by Gaia, and the fact that the GW response is strongest in the direction perpendicular to the propagation direction of the GW. This is the opposite of what we see for pulsar timing arrays, where the sensitivity is the best towards the galactic center. This means that Gaia might complement pulsar timing arrays not just at high frequencies, but also at high galactic latitudes. This result is also exciting if we think about multi-messenger astronomy, since a GW detection far from the galactic plane would be more likely to lead to a successful observation of an electromagnetic counterpart. 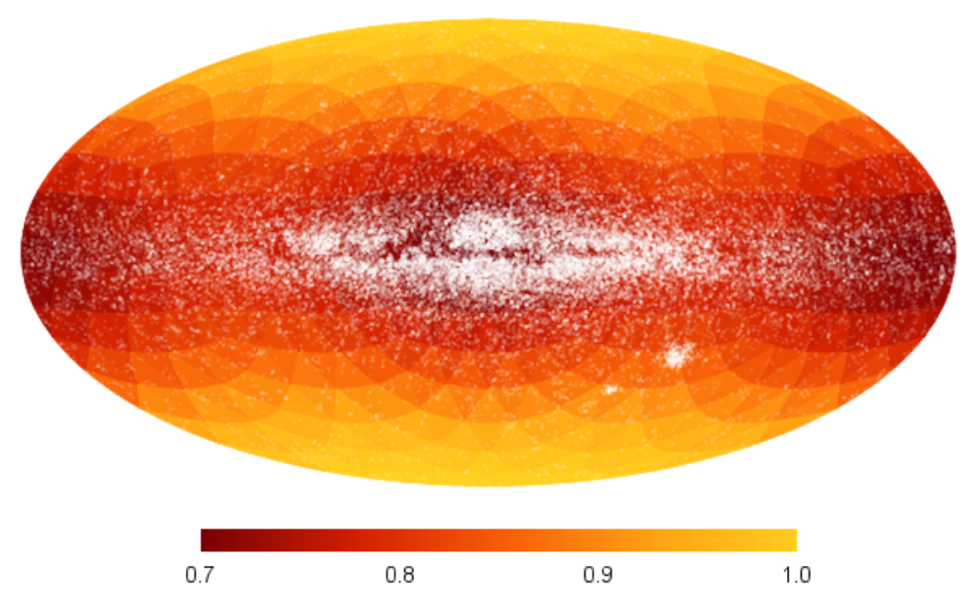 Figure 2. Sensitivity of the Gaia dataset to GWs over the sky normalized to the most sensitive sky location (redder colors indicate less sensitivity). Adapted from Figure 5 in the paper

Gaia was designed to help our understanding of the Milky Way, but it looks like it might also help us learn about supermassive black hole binaries in distant galaxies by detecting their GWs. This would indeed be a magnificent alternative use of Gaia, and provides one more reason (a very good one, if you ask me) to look forward to further Gaia data releases.