What's the last thing you'd see as you fell into a black hole?

What's the last thing you'd see as you fell into a black hole? 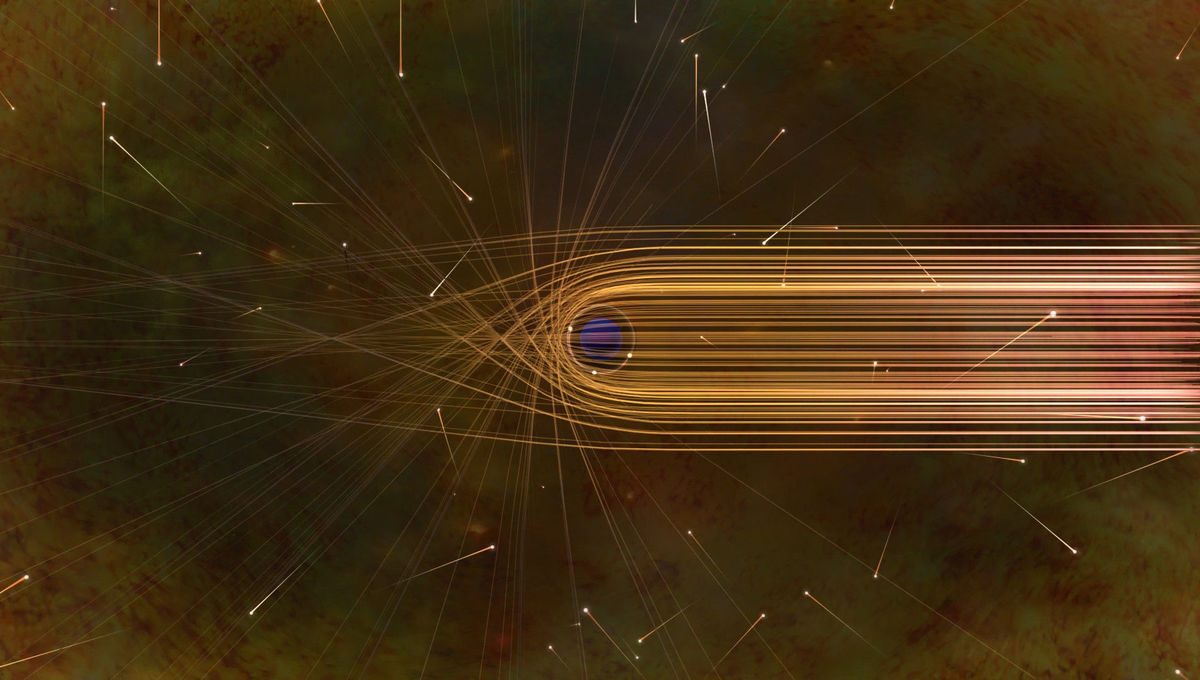 In April 2019, astronomers released an amazing image of a supermassive black hole in the center of the galaxy M87. It was the highest resolution image of a black hole ever taken, and showed an eerily glowing fuzzy ring of material with a dark spot in the center. That wasn’t the black hole itself, but in a sense its shadow; the larger volume of space around it where no orbit is stable, and even light itself eventually falls into the infinitely deep pit.

As cool as that image is, it’s fuzzy for two reasons. One is that despite the Event Horizon Telescope (as the array that made the observations is called) combining the powers of telescopes literally all around the world, the resolution just isn’t high enough to see many details — from 55 million light years away, even a big black hole looks pretty small. The other is that the exposure times were long, so any features like blobs of gas swirling around the black hole got blurred out.

What would a much higher resolution snapshot of that black hole look like?

A team of astronomers and physicists decided to tackle this problem. Using Einstein’s equations for General Relativity, which govern how space and light behave near a black hole, they created a series of images to investigate what it would look like from a distance.

The results are extremely cool:

Whoa. What does this mean?

The bottom row of images are three separate snapshots made using their simulation with the physical properties of the black hole mimicking the ones in the real black hole. For example, they used a mass of 6.2 billion solar masses, a viewing angle that matches ours to M87, and the amount of material swirling around it in a flat disk called an accretion disk (calculated using infrared observations of that material). The scale is incredibly small; 50 μas = 50 microarcseconds, where one arcsecond is about the size of a US quarter over 5 kilometers away. So this is literally like seeing a bacterium on that quarter.

The top image shows a combination of several snapshots to show what the actual Event Horizon Telescope would have seen in its longer exposure if it had infinite resolution. You get a bright ring, slightly asymmetric, which some light coming from both inside and outside of it, and that gaping black void in the center.

So what does this mean?

As I’ve explained in earlier articles, in the center is the black hole. The event horizon is the distance from the black hole where the escape velocity is the speed of light; once inside that you ain’t coming back.

But it’s not that simple. Space outside that region is still extremely warped, so if a photon, a particle of light, flies past the black hole its path gets bent. The amount of bending depends on how close to the black hole it passes.

Video of How does light behave near a black hole

So each of these photons — bent a little, bent a lot, then orbiting once, then twice, and so on — contributes to the final image.

I know, that’s a bit brain bending. I may have mentioned things get weird near a black hole.

Would it be possible to get an actual image of a black hole that looks more like this sim? Actually, yes! One way would be to launch radio telescopes into space, expanding the baseline of the array. The farther away your telescopes are from each other, the higher the resolution. The problem with this is that radio telescopes need to be big, dozens of meters across in general if not more, and getting something that size into space isn’t easy. I wonder if in the coming decades we’ll be able to do that though? Maybe even building some on the Moon, resting in similarly sized craters that nestle them for stability… If we could, we’d get images that rival the output of this calculation.

Until then, though, we can work with what we have, and that’s still pretty dang good. We’re learning a lot about what you’d see if you fell into a black hole. You wouldn’t see it for long — you’d be moving near the speed of light as you got this close — and you’d probably be busy getting torn to shreds by the gravity and tides and fried by the high-energy radiation anyway. But still, pretty cool.