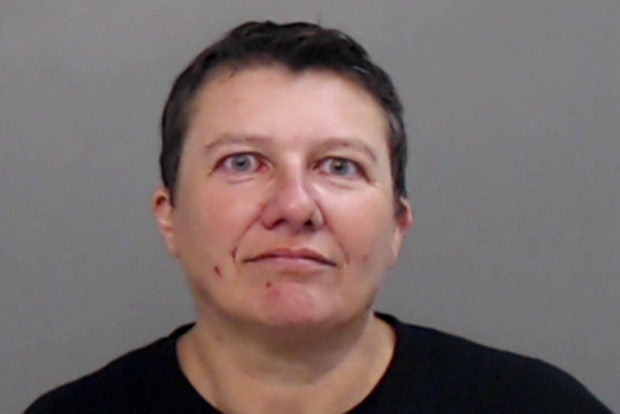 A Canadian woman arrested on suspicion of mailing ricin-filled letters to President Donald Trump and six people in Texas made her first court appearance on Tuesday in Buffalo, New York, and was ordered to remain in federal custody.

The suspect, identified in court documents as Pascale Cecile Veronique Ferrier, 53, a resident of Canada’s Quebec province, is charged with making threats against the president of the United States.

She was arrested on Sunday on the Canada-U.S. border between Buffalo and Fort Erie, Ontario, where she was found to be armed with a loaded gun and a knife, authorities said in court documents.

The envelope addressed to Trump was intercepted on Friday at the White House mail sorting facility in Washington, D.C., where U.S. Postal Service personnel flagged it as suspicious and contacted the FBI, according to an FBI affidavit filed with the charging documents.

A white powdery substance in the envelope tested positive for the highly toxic poison ricin in laboratory analysis, the affidavit said.

Also found was a letter to Trump that read in part: “I found a new name for you: ‘The Ugly Tyrant Clown.’ I hope you like it. You ruin USA and lead them to disaster,” the FBI said.

The message referred to the poison in the envelope as a “special gift,” adding that if it didn’t work, the sender might find a “better recipe for another poison” or resort to using a gun, according to the affidavit.

The affidavit further accused Ferrier of mailing six similar letters from Canada to Texas addressed to individuals working at prisons or detention centers where she had been incarcerated in 2019.

A Hidalgo County district attorney, Ricardo Rodriguez Jr., told Reuters Ferrier was arrested there last year during a traffic stop and was detained locally on a weapons charge and record-tampering offense before being turned over to U.S. immigration officials and deported.

Rodriguez said he recalled Ferrier had been in Texas to protest construction of a U.S.-Mexico border wall.

Addressing Ferrier through a French-language interpreter during her court hearing on Tuesday, U.S. Magistrate Judge H. Kenneth Schroeder Jr. entered a not guilty plea on her behalf and assigned a public defender to represent her.

The defense said Ferrier would exercise her right to contest her identity as the person named in the criminal complaint and arrest warrant, and Schroeder ordered her to remain in custody pending the next court hearing, set for Monday.

Ricin, a naturally occurring substance extracted from castor beans, can be weaponized to make it so highly toxic that exposure to an amount as small as a pinhead can cause death in a few days. There is no known antidote.