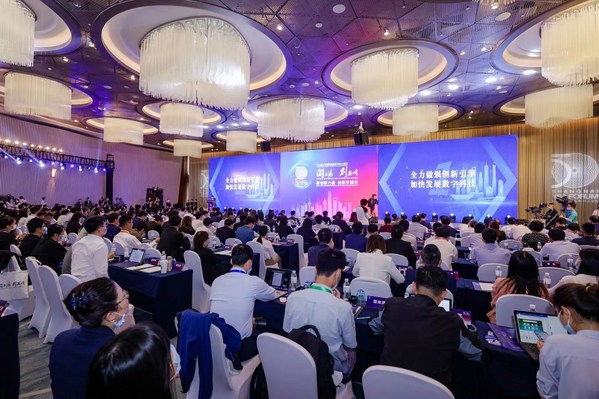 BEIJING, May 19, 2021 /PRNewswire/ — As digitalization becomes a major development trend, Shanghai strives to build a digital city and fully support innovation and entrepreneurship with more opportunities provided, better conditions, and a better environment, according to the second Shanghai Y50 Forum for Innovation and Entrepreneurship held on May 15 in east China’s Shanghai.

Photo taken on May 15, 2021 shows the second Shanghai Y50 Forum For Innovation and Entrepreneurship held in east China’s Shanghai.

Initiated from April 2020, this year’s forum themed at “Thriving in Shanghai and Scoring New Heights – Innovation Synergizes Strength for Shanghai’s Digitalization”, providing young entrepreneurs with a platform to share their ideas and becoming a powerful booster and new business card for Shanghai youth innovation and entrepreneurship.

Shanghai is expected to be turned into a testing ground for new technologies, allowing entrepreneurs to make innovations, according to Wu Qing, Vice Mayor of Shanghai.

In fact, aimed at building a digital city with world influence, Shanghai is working hard to set up the framework of the digital city by breaking through the bottlenecks of data applications and activating the development of application scenarios.

To accelerate the promotion of digital industrialization and industrial digitization, Shanghai proposed to accelerate the construction of world-class digital industrial clusters such as integrated circuit and artificial intelligence. Statistics released by the Shanghai Integrated Circuit Industry Association showed that in 2020, Shanghai’s integrated circuit industry has achieved sales revenue of 207.133 billion yuan, with a year-on-year increase of 21.37 percent.

Regarding the digitalization of life, Shanghai clearly proposed to create a convenient digital public service system, enrich the supply of digital cultural and creative industries, and guide market players to participate in digital transformation scenarios, stimulating the vitality of city with digitization.

In terms of digital transformation of public infrastructure, Shanghai will deepen the construction of the Integrated Online Platform and relevant unified management, further improve the homepages of the Platform for citizen and enterprise users with high-efficiency, Wu said.

In the future, Shanghai will speed up the opening of data scenarios and further promote the digital transformation of all aspects and fields such as manufacturing, technology research, financial service, and trade circulation, Wu added.